By Carina Pearce
70 women descended upon Newnham Park this weekend.  Some arrived in motorhomes, some arrived in cars with camping gear on board, one arrived on foot, but all arrived with the same goal - to have a great weekend on two wheels.
As a new event, the format was a bit of an experiment, and the first test was getting 70 women signed up for a host of activities taking part over two days.  We had put together a busy menu of activities, and had a great team of enthusiastic female instructors keen to get more women interested in cycling, running and fitness in general.
Despite a drizzly start to Saturday the girls sprang into action nice and early with activities kicking off at 9am.  Sessions ran throughout the day including outdoor circuits, mountain bike skills sessions, coached mountain bike rides, led road rides, and bike maintenance lessons.  On top of this, Specialized provided us with 8 super lightweight demo bikes for the girls to try out on the trails and the road rides. 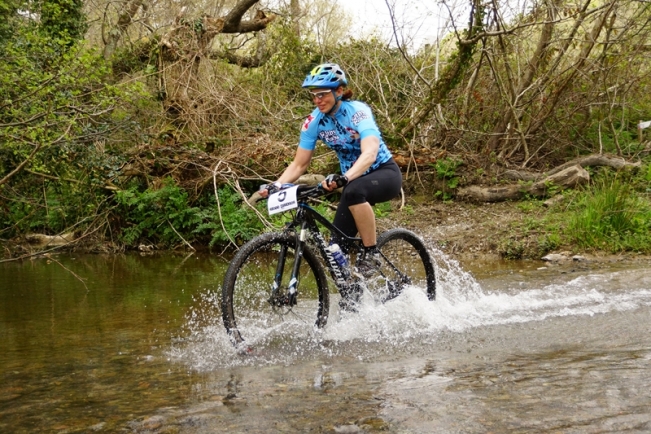 Now, weather isn't everything, but at some point during the morning the sun broke through, and by mid day it was wall to wall blue sky. There was time for a bit of sunbathing before the evening schedule kicked off starting with the Under 12s race.  The beautiful weather and stunning surroundings lured 36 women off their sunbathing spots to take part in the 5km evening trail run.  The run followed the same course as the mountain bike track, with two climbs taking runners into pretty singletrack, and the river crossing providing a cooling down opportunity half way through.  Fay Cripps was first home, followed by Donna Morris and Fiona Murphy in 2nd and 3rd, but it was more about taking part than it was about the racing - for many of the women this was their first trail run.
The final activity of the day was a Q+A session with 3 of the South West's finest female athletes, giving those new to running and cycling a chance to pick the brains of girls who have a wealth of experience.  Questions ranged from how to keep fuelled in long events, to how to prevent saddle sores!  Initially it looked as though it was going to be a long booze filled night, but by 8.30pm quiet descended upon the park as everyone had gone to bed - exhausted.
We allowed the girls a bit of a lazy morning on Sunday, with the Queen of the Hill scheduled for a mid morning start.  We've always wondered whether a runner or a rider would be faster up Newnham's famous 'Cliff Climb', so what better way to find out than to set runners and riders off in pairs, head to head on the climb.  Despite sore legs, we had lots of takers for the contest, and cheers and the ring of cowbells could be heard across the valley as pairs of girls battled it out on the climb.  In the end the team of runners won through, but the fastest ascent of the hill was made by Lucy Allan on two wheels.
A short amount of down time followed before everyone assembled again for the final event of the weekend - the mountain bike challenge.   Although not a race, this was the politest mountain bike challenge I have ever seen!  Shortly after the start the riders had to cross a narrow bridge, and rather than the usual pushing, shoving and shouting you see in an XC race, an orderly queue formed as riders waited and offered 'after you' to the girls around them - lovely! 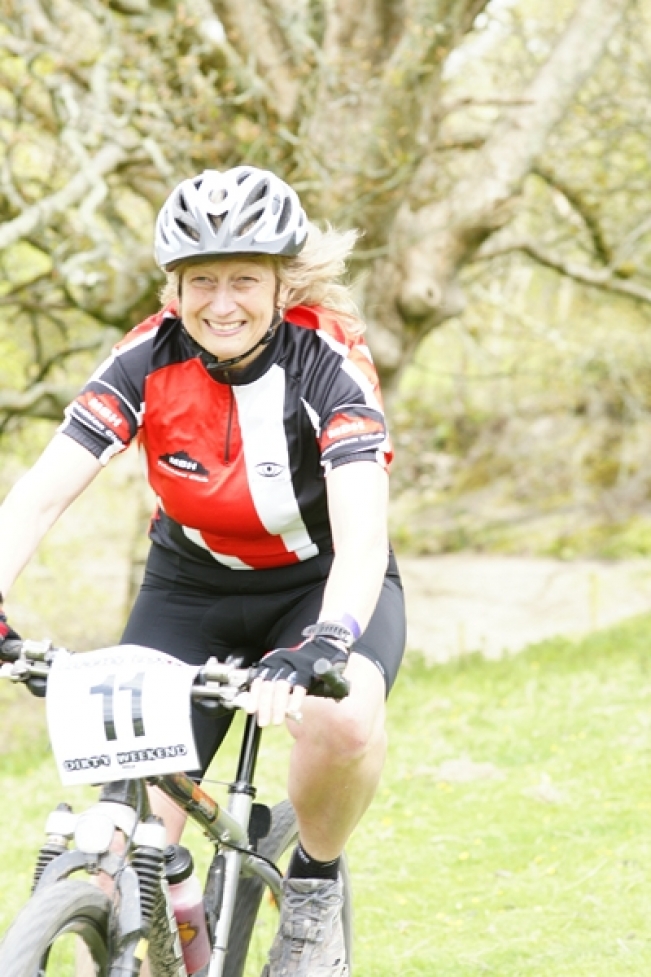 Having had coaching on the course the day before gave many riders the courage they needed to take on the challenge, and many completed their first lap beaming, announcing that they had cleared this section or that section.  Some chose to complete 5km, some went for the full 25km, but all had set themselves a goal and achieved it.  A special mention must go out to Katie Standen, who set her sights on completing 25km.  While many of her friends had called it a day after 3 or 4 laps, Katie wanted to do the maximum 5 and following on the weekend's theme of politeness, asked each marshal and the timekeepers if it would be ok if she carried on.   The answer a resounding 'of course!' - off she went while we enjoyed a bit more sunbathing.  She completed her 25km in just over 2 and a half hours, wearing the biggest smile we have ever seen!
So it was time for us to pack away, for tents to be dismantled and for everyone to go home.  There were so many positives over the weekend it's hard to pin down the best bits, but here are a few quotes to give you an idea:
The most best weekend for cycling I've had in a long time, thanks so much Maddie, Jay, and helpers Jane and Rob. For making the event so amazing, I'll definitely be back next year. I haven't been able to stop smiling, from all the fun that was had. Great work guys! 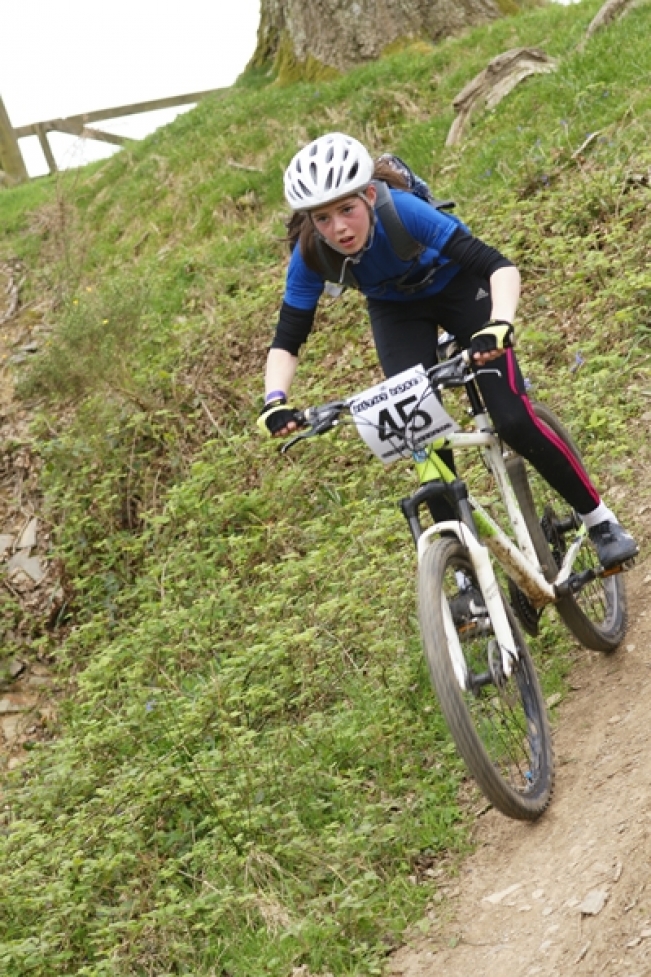 "Best weekend ever,  and never seen so many smiles on a course before! :) Thanks, I really enjoyed it."  Millie Wilson
"Big thank you - fabulous weekend and most fun I have had in years!"  Sandi Holland
"Thank you everyone for such a great weekend! I have never met so many nice people. The teachers were awesome, the course was awesome and i have learned so in a few days. Thank you and Maddie please organize lots more Girls only events as they Rock!"  Stacey Nicholas
We need to say a huge thank you to Certini who loaned us one of their bike mechanics for the day, provided goodies for goody bags and helped us ship demo bikes and hire bikes around.  Thanks also to Specialized for providing the demo bikes and the rest of the goody bag contents.
If you missed out on the event this year, keep an eye on our website - we'll be organising the event again next year and will announce the date as soon as we get it confirmed. www.fullysussed.co.uk