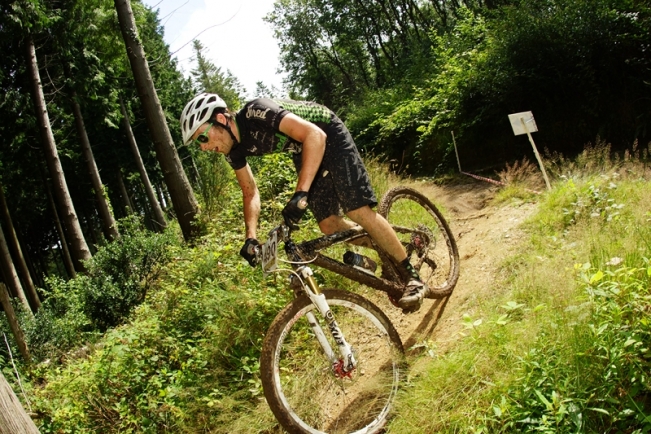 The coughing and spluttering climax.
As if 3 days living in a wood, having Febreze showers and al fresco toilet breaks wasn't bad enough - just what was that slime around the rim of my coffee mug in the morning? Initial thoughts was badger spit  (we are no Morse and Lewis) but later that day, when a football team of slugs were found in one of our saucepans, the true horror of the situation hit me. Slug slime. Someone shoot me.
Luckily, to take my mind off it, a bike race broke out. Kamikaze Gary Andrews was sent out on a practice lap as our gauge of the course's gnarliness.  Gnarl factor 11. A quick ride in the back of the St John 's ambulance and he was left to explain to his wife about why he needs help in the shower again. Another swift course change ensued, again altering the line on Badger Hill. Apparently badgers are sensitive creatures and we are obliged by law to give them a wide berth so they can get their beauty sleep before the cull starts. Course alterations done and it was game on. 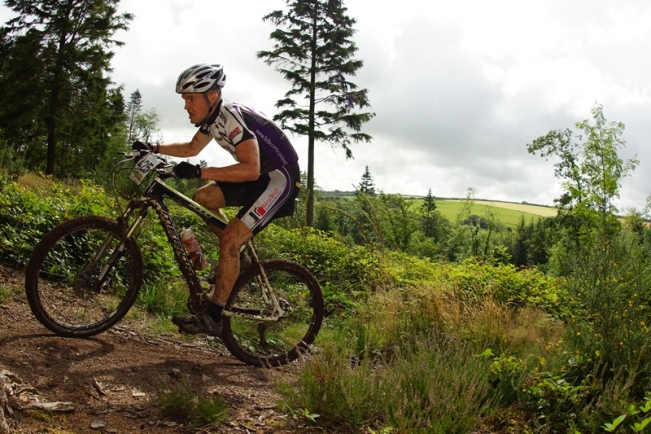 This round was to sort out the series winners. One look at the wonderful trophies on offer and I imagine riders were inspired to put in an extra special effort;) Pete Dawe and Donald MacGregor just had to stay rubber side down to scoop the vets and grand vets series prizes respectively but all other categories were settled on the day. Full results and series standings are up on the Fully Sussed website as always, but you're all winners in the eyes of your patient families and long suffering colleagues.
Idless Woods never disappoints, and has such a vast network of tracks that we can do last minute course alterations and pull out another section of singletrack out of the bag as an alternative. James from Clive Mitchell Cycles was again our man on the floor and spent some fun times in the woods bothering badgers and sniffing out every 1 in 4 climb in the wood. Unfortunately for him, his race ended prematurely when a desperate overtaking manoeuvre ended in a kerfuffle. He then got hit by another crashing rider, which was his cue to tuck his tail between his legs and head for the safety of the catering van.
The full majesty of the Fully Sussed crew was on hand during the event, forsaking our opportunity to sing the national anthem every five minutes in our living rooms. Expect to be bombarded in the coming days with Snapper Chick's photo gallery and Background Films' vid of the race. Huge thanks to all who give their time to support South West mountain biking. Without your input, we'd still be doing it, but it would be even more shit.
Our determination to clear all the prizes out of our garage to make room for kettlebells and a TRX (Google it - a Jess Ennis six-pack here I come; so to speak) led to riders wondering why they were walking away with a seriously random selection of goodies. I personally think Sam Barley will look lovely in his women's Specialized socks. Next year will see a whole new sponsorship deal for the South West racing scene but I still reckon Sam will go home with women's clothing.
Thanks for your support in 2012. To make South West racing viable for the years to come the reality is that we need to get riders entering the races. As we say, sitting at home and clicking 'like' does not put bread on our table. So get all your ride buddies on the start line and we'll have a series to rival the best in the UK.
Results and more images are at www.fullysussed.co.uk 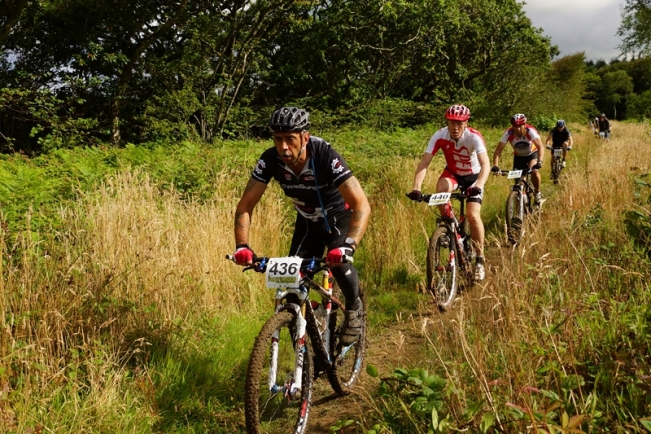