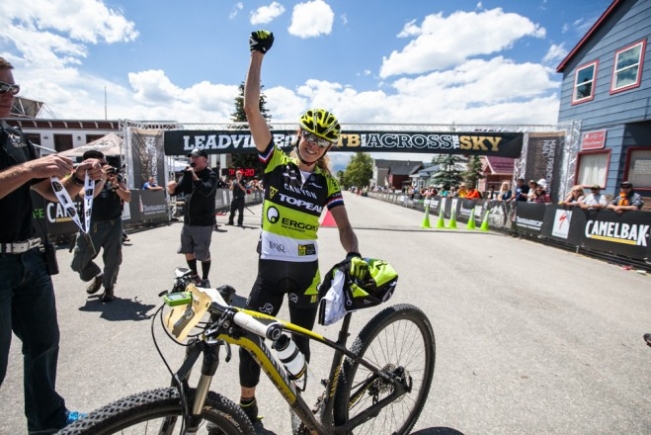 This time last year I was feeling a bit glum; a second place finish in the Leadville 100 didn't truly reflect what I thought I was capable of. Along with the top men, I was the only woman to be sent off course by a marshal who believed the route had been incorrectly marked. In my head I should have won. But that didn't matter. Nobody cares about who could have won. Returning to Leadville this year, I had a score to settle and a course record to break.

The Leadville 100 is a toughie: First, the race is held between approximately 3000 and 4000 metres and for someone who spends the majority of time at sea level that kind of altitude presents a pretty big challenge; second, it's 100 miles (well, 104 miles actually) and the women's course record set by Specialised's Rebecca Rusch last year was 7 hours and 28 minutes, and that is (for me at least) a long time to be racing. Acclimatisation, pacing and nutrition were three things on my mind. 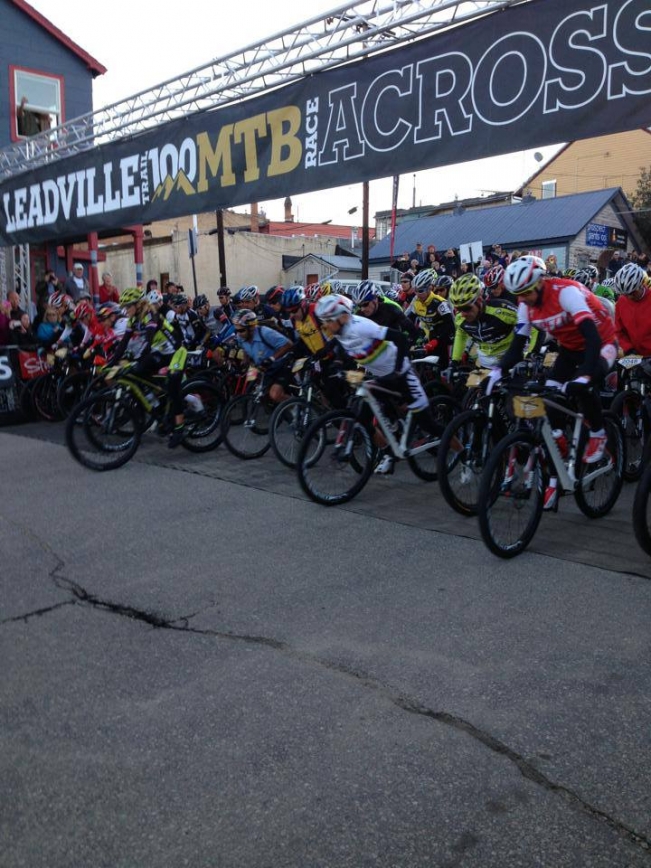 When athletes altitude train, optimal elevation is between 1800m and 2200m. Most people would not choose to train above 2500m. The physiological effects at >2500m make it ineffective, if not impossible, to train with the same intensity at lower elevations. Training with power makes this all too apparent: watts are depressed and heart rate is elevated. In fact, my threshold power at 3000m was 50 watts less than at lower elevations, weighing in at 50kg that's a pretty significant loss of power!

Perhaps last year I wasn't truly respectful of altitude, this year I approached aclimatisation and the race more cautiously. Like last year we spent almost 2 weeks in Breckenridge (2800m) before moving to Leadville (3100m) a few days before the race. Unlike last year, I spent my time training at lower intensities, focusing mainly on endurance rather than threshold power. Perhaps this is why I slept better and had fewer nosebleeds. Approaching the race with same caution meant that for the first time ever in a race I actually rode according to heart rate and at a rate much lower than I would normally (between 140 and 150bpm). Recovery isn't as fast above 2500m as it is at lower elevations, which means that riding too hard can leave the body in deficit for much longer. 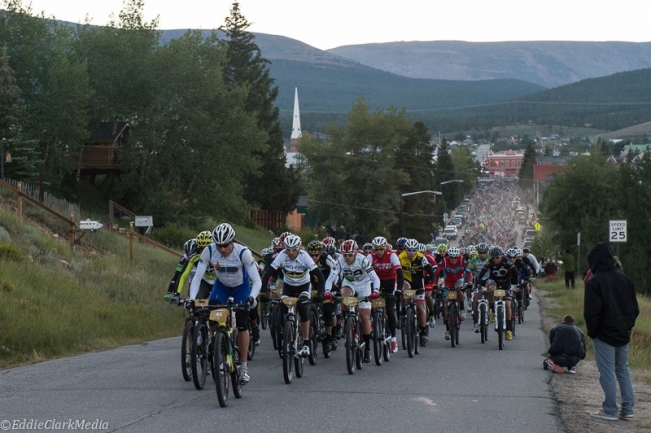 Aiming to win Leadville was one thing, but what I really wanted was to set a new course record. Looking back at my time last year, I reasoned that had I not gone off course then it was possible I'd have won with a new record. With this in mind I marked all the split times I would've had last year on a course profile and stuck it to my handlebars. During the earlier parts of the race I was on schedule, but during the last half I was ahead of schedule so I knew if I could continue with the same pace (and providing nothing went wrong) then I would beat Rusch's 2012 record of 7:28.

There are four notable climbs on the 50 mile out and back course: St Kevin's, Sugarloaf, Columbine (the longest and highest) and Powerline (the hardest). Columbine reaches more than 3800m and it's here that I seem to encounter my maximum tolerance because both years I've suffered with blurred vision at approximately 3500m. It's not too much of a problem when climbing, aside from the worry I'll fall off my bike, but descending with limited vision is a bit trickier and this year I had a big rock strike burping air out of my tyre. It wasn't until 40 miles later that I finally put more air in. Perhaps if I'd done it sooner my time would've been faster! 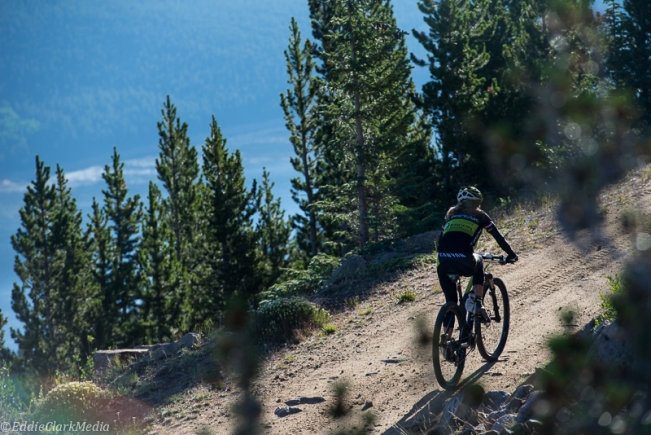 Leadville 100 is not known for its singletrack! Mainly on fireroads or rocky doubletrack, with some asphalt and open dirt roads the course requires tactics akin to road racing: conserving energy by staying in a group is key. What the course lacks for in technicality, it makes up for in mountain vistas, chipmunks and the possibility of seeing bears, mountain lions and coyote, though I disappointingly only witnessed the chipmunks while Alban claims to have seen a bear ;) Miles 20 to 40 and 60 to 80 (approximately) are relatively flat, which if ridden in a group can save time and energy. Shivering on the startline waiting for the 6.30am start, I was all too aware that I wanted to be in a good group during the flatter sections of the course. This didn't go to plan, but I guess it's down to luck on the day. A slower rider in front on the Powerline descent meant that I lost the group on the way out and inbound I was the strongest rider in my small group so despite taking my turn on the front the pace was slower than I'd have liked. 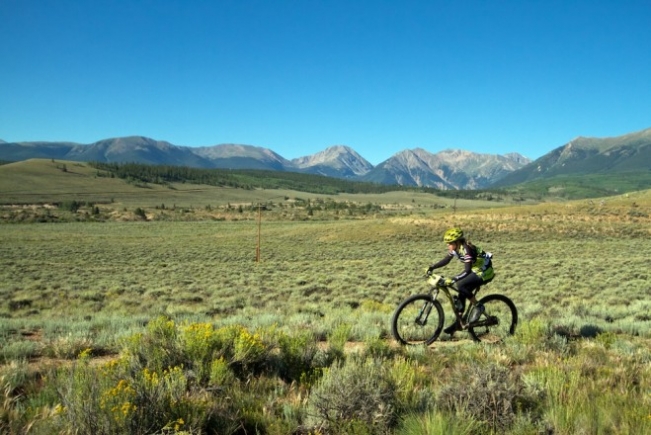 In addition to pacing and race tactics, nutrition is central to performance over such a long distance. Last year, I took the same approach as I do in all of my other races and consumed solely energy drink and gels. This year I decided to eat some solid food too. I always aim for between 1 and 1.5 grams of carbohydrate per kg of body weight per hour. Achieving this with a mix of drinks, gels and bars, I consumed approximately 4 litres of TORQ energy mixed with Elete electrolytes, 6 TORQ gels, 4 TORQ bars and 2 bananas. This worked perfectly. 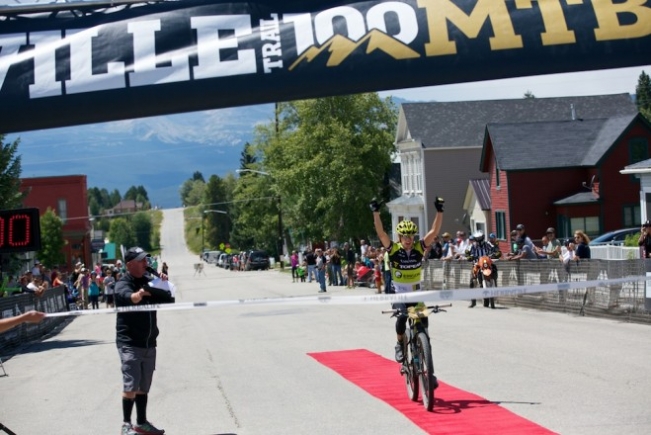 Crossing the finish line with a course record (7:17) was vindicating and extremely satisfying, add to this a win and course record from teammate Alban and it was a very special day and one that I look back on emotionally. Leadville's an experience unlikely to be forgotten or dulled with time. The time-locked place continues to reflect its mining and cowboy history, the quirkiness, the passion of the riders and spectators, and the sincerity of congratulations from so many make it truly memorable. 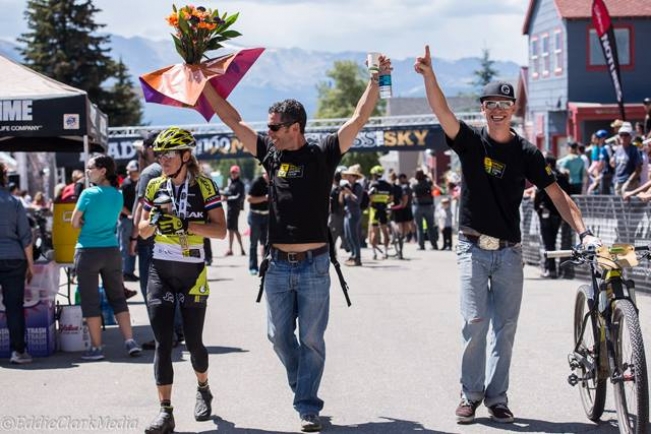 Although satisfied now, ever the perfectionist, I'm unlikely to remain content. I believe I could go faster��.