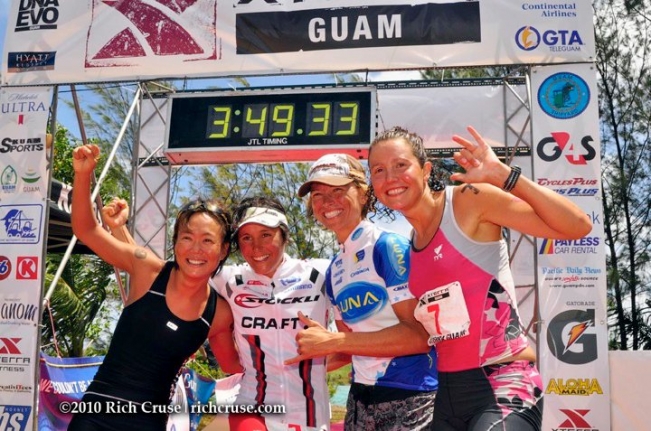 Emma Ruth Smith, last year's series winner of the female Expert category, is looking forward to racing Round 2 of the BMBS this weekend after returning from islands in the far-flung Marianas Archipelago in the North-Western Pacific. She tells all about her first 'pro' Xterra experiences...

The Saipan Sports Festival transforms the island into a triathlete's dream where track, jungle and ocean become the trampled terrain of the world's top off-road triathletes. I was crowned World Age-Group Xterra Champion in 2008, and was inspired to step up to pro level by my coach, Julie Dibens (the reigning world Xterra and 70.3 champion) and together with the support of my key sponsors including Trek, Torq, Schwalbe and Profeet, I was able to cut my teeth on the tropical island tracks and discover what all the fuss was about.

I've been lucky enough (although some might disagree) to cross many a surging river, wide gulley and gaping ravine in my sporting career (most memorably in La Ruta de Los Conquistadores), but the biggest leap of faith yet has been to give up a successful career as a solicitor to live the dream and become a professional Xterra triathlete. Thank the Triathlon Gods that I did! Had I not, I may never have found myself at the Saipan festival and experience my first race as a 'pro', that was Xterra Saipan.

Xterra is a brand name for off-road triathlon, just as Ironman is for long distance triathlon, and constitutes a 1.2km ocean or lake swim, 30km mountain bike and 11km trail run. Races take place in all corners of the globe; but the adventure is not all about the races themselves. The opportunity to become part of the Xterra family and join this community of like-minded, kind, athletic people has been a huge privilege and a huge amount of fun. 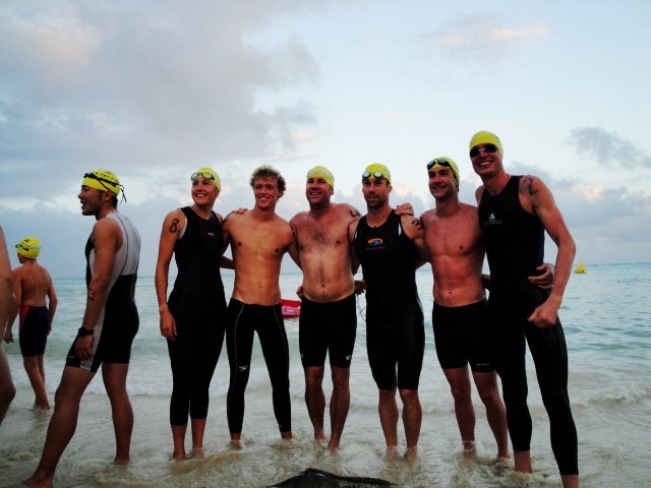 I was treated like royalty from the moment I stepped off the plane; I was met by an entourage of people that included the flamboyant and fantastically organised (always handy when you're running an event) race director, Wolf Mojica, and my wonderful homestays for the week, Dawn Hammermeister and John Douglas, aka Mum and Dad to Michael Hiscott (another Brit to take on the challenge of racing pro for the first time) and me as they looked after us so incredibly well.  Whether it was taking us on course recce's, lending us their car to get groceries, showing us the world renowned diving spots and organising Thai massage (and no, not the happy ending ones!) for us, we had it all and so much more. I'd bet you that there is no other race on the Xterra circuit which treats the pros better than in Saipan.

Also well known on the Global Tour as one of the most technical bike and run courses, Xterra Saipan 2010 colluded with the weather the night before the race to produce slippery slopes and greasy tracks, upping the challenge for us. This resulted in me having an even earlier start than most. I made a mad dash to use the air compressor at the local 'gas station' (as the Americans would say) to switch to my trusty Schwalbe Nobby Nic tubeless tyres capable of handling the course on my light and super speedy, Trek Top Fuel.

The swim start began with a hectic sprint off the beach. We were then dolphin diving out into the choppy sea where I put in a strong first lap. I'm learning fast that Xterra organisers like to take every opportunity to put a spanner in the works and make the courses even tougher; by dividing the swim into two stages with a run on the beach midway, the athlete's blood is redirected from arms to legs and the heart rate rockets. Trailing my toes on lap 2 was Shonny Vanlandingham (known to viewers of off road to Athens-ed), a former World Cup pro Mountain Biker and now top class performer on the Xterra circuit placing top 5 at the World Champs in 2009, so I knew that my flashy new Blue Seventy swim skin was doing the trick and that I was swimming well. 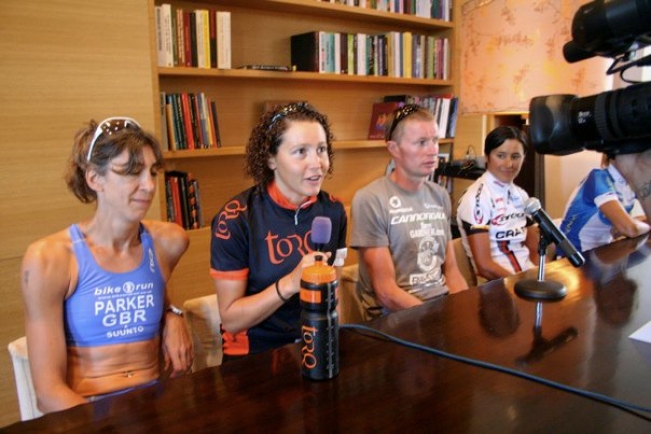 My experience on the bike in the second stage was not quite as smooth. Low hanging branches, head-meeting-coconuts… sure to churn out a dizzy and confused mountain biker! This, together with the treacherously muddy conditions, made the bike more of a test of survival; Michael Hiscott also still wears the scars from multiple crashes.  Conversely, the proficient mountain biker, Sammy G, rode through the field to take a strong lead on the bike ahead of the Canadian, Mike Vine.  Mike is one of the most experienced and fiercest competitors on the circuit and was clearly displaying some world class form after a 'winter' training in Hawaii.

Fortunately for me, a trusty second wind came to my rescue on the third leg, the trail run. I drew confidence from my grippy off-road runners which had been perfectly fitted by Profeet and I ran, scrambled and slid my way along.  I pulled my position forward from fourth in the previous leg to second in this one, just shy of the Swiss Miss of Xterra and American Xterra 2009 series winner, Renata Bucher, to finish overall in fourth female position.  In the mens race, Michael Hiscott survived the bike to finish with a strong run to place 5th whilst Sammy G fought a great battle against Mike Vine to hold his lead and win Xterra Saipan for the third time in a row.

Last, but most certainly not least, is the fourth leg of the Xterra races - the after party! Our dancing was almost as extreme as the race itself where on and off islanders, amateurs and pros, supporters and organisers, partied together 'til dawn in a fitting end to the adrenalin-fuelled adventure that is Xterra Saipan. 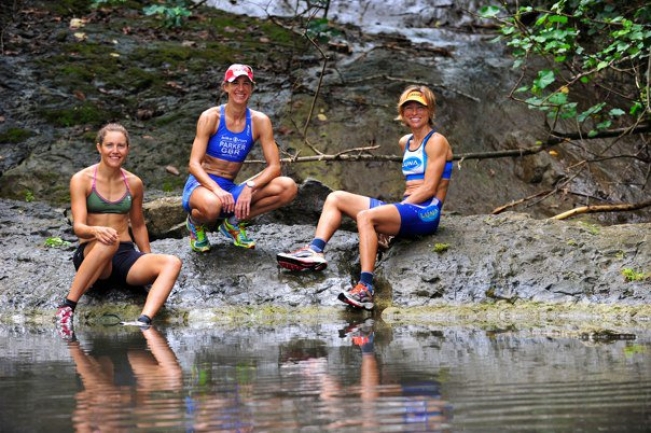