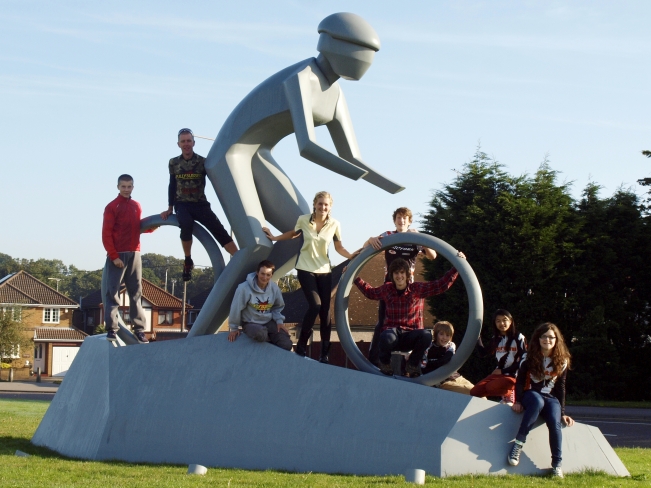 Let's do the maths. This was the largest number of female cross-country racers ever assembled in the UK.
Read that through again.
Bigger than the Olympics, several times bigger than any of the BMBS races - big, big, big.
Maths fact number two - 120 competitors, 30 odd support staff, several hundred B.C. employees, 3 days of competition and…..four portaloos! Four! With squads of child welfare officers skulking around, you didn't even have the option of lobbing it out and watering the bushes, you had to go for the 'deep breath, dive in and get it done' option. Story of my life.
The organisers had taken the Hadleigh course and altered it so that you got a real taste of what the Olympic thing was like, without needing to lose a pint of blood in the process. So we had the 'c' line of Triple Trouble (check out me name dropping like I know what I'm talking about), the Rabbit Hole,  the bermy bit below the rock garden, the bottom two drops on the Breathtaker, joined together in such a way to stop us all shouting 'cyclocross?!' It was a job really well done.
There were interesting coaching techniques going on, from the absentee to the bully, and obviously plenty of really good work on show. Watching the youth riders flying round all the sections that the coaches were walking or falling down is testament to the hard work being done round the UK.
For team South West, our first point of call for the day was the 2012 sculpture / statue in the middle of the roundabout in Hadleigh. Too good an opportunity to miss, we were surprised that we didn't have to form a queue to climb on it and have our picture taken. Climb on it we did and our muddy footprints tell the tale. 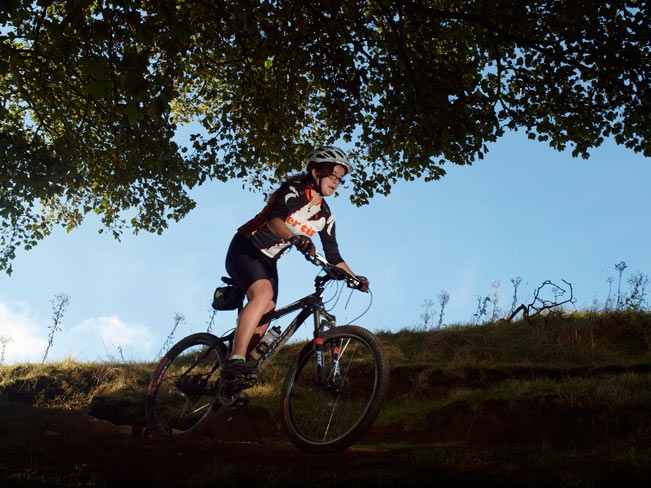 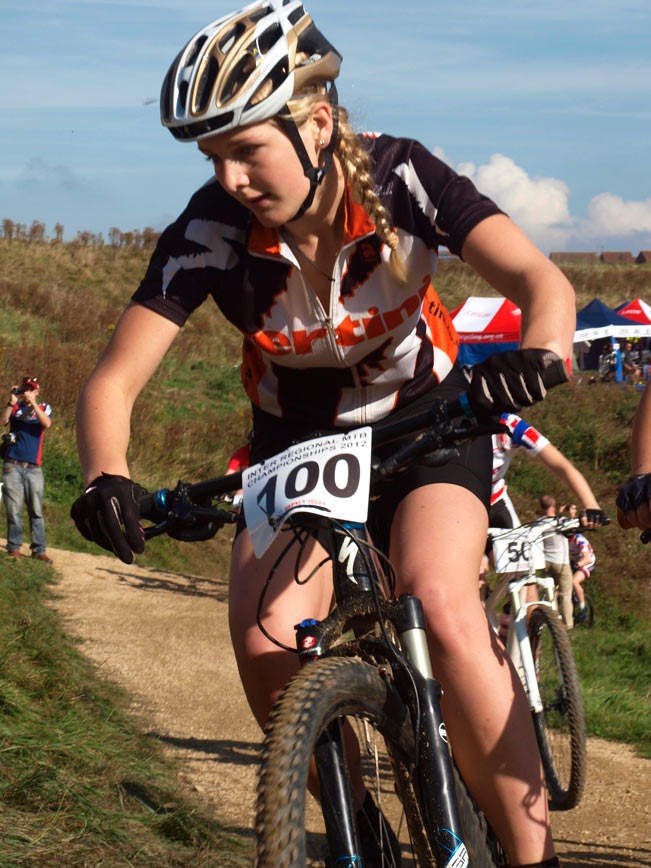 Again, the girls were up first. Don't think I've ever been to a MTB race where the girls are the headlining act. For the majority, this was the biggest race they will ever be involved in. All we shouted at our riders during the race was "Smile" or "Enjoy it" or "Drink!" You can't beat a bit of Father Jack. Lucy Grant out in front was a jaw-dropping display of riding, extraordinary. Our local starlet Lucy 'Blondie' Allen was straining at the leash pre-race, and had been getting better all weekend. An early tumble was soon put behind her - just another scab for 'show and tell' and a top ten finish was the reward. Looks like a breakfast of 2 sausages and pain au chocolate is the way forward. Behind her, Patsy, our silent assassin, was nailing the technical sections and powering up the climbs on impossibly thin legs. Evie had a good time, and that, for me, is enough. 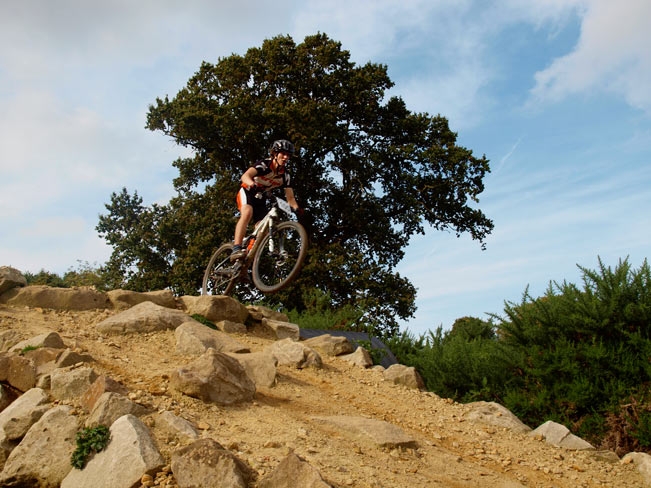 The boys start was the most terrifying thing I've seen on a bike since the last Critical Mass Naked Bike Ride in Plymouth. Never a good idea in February. The speed was terrifying, the professionalism of the lads was inspiring, and I was left delighted that I'll never find myself in the same category as any of them. Joe 'Mighty Mouse' punctured early on, jogged round to the feed zone where we were graciously allowed to hand him a tube and then watch while the poor bugger struggled to fit it, dead last, lapped, not allowed outside assistance. Don't get me started. But fix it he did, determined to make the most of the day and rode his heart out. We all have our own particular variety of race-face and I'm sure Fin thinks he looks like Gladiator mid-slaughter. However, he actually looks like Charlie Brown. And Charlie Brown on the verge of tears. Not easy to take seriously, but he put in a serious ride to finish 21st, Jack next in 36th and Charles feeling the strain of 3 days of riding in 46th. Nice work Jar Jar.
Team-wise we finished 13th. I hate the expression 'every day's a school day' but we learned a lot. For the future, I hope our racing changes and improves, but our fun factor remains the same. Loved it.