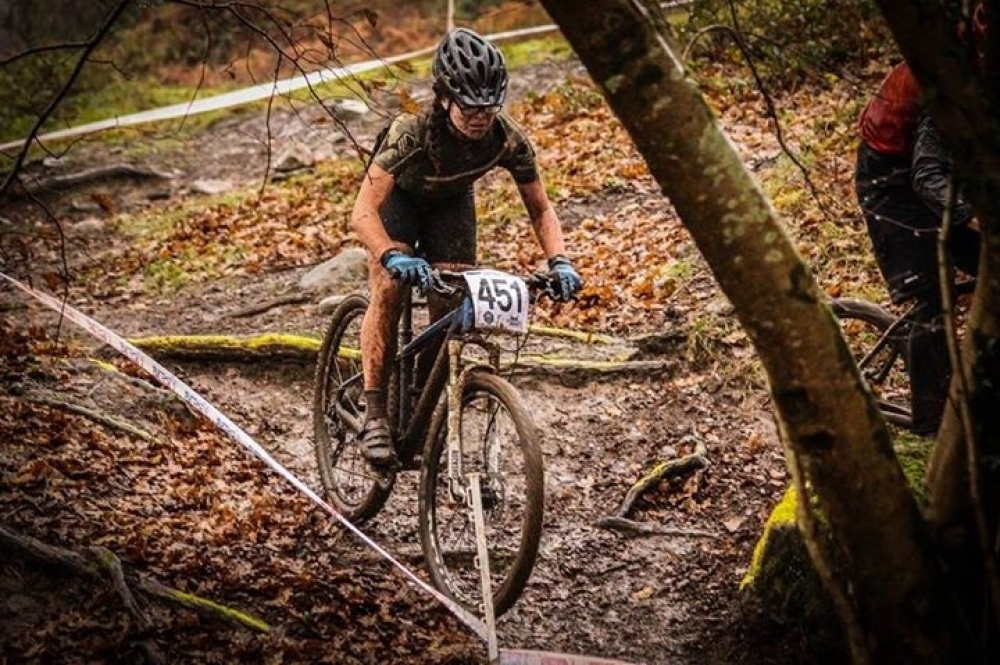 After feeling under the weather at Soggy 1, I definitely wanted to do well in the second round. That feeling of not being smooth and finding yourself not going as fast as usual is horrible! For a few weeks now I have being going out with Gary and Charles on a tuesday for a long road ride and it has being great. It has boosted my endurance so much and when racing I now don't blow out as quickly! Thanks both of you!
On Saturday, my dad, his friend and I drove up to Haldon for a cluster session run by Justin Knox, when we arrived I got my vans on, raring for a morning on flats. My dad and his friend then rushed off to Exeter with some hardcore christmas shopping to do! For the majority of the morning we practised the skills that are at the inter regionals, trying to master the techniques needed for flat pedals. Patsy and I, being the only girls there, were of course trying our best to show the boys up but Harry was there and he had already acquired the techniques needed! After practising and practising we moved on to the 'pump track' where we practising our pumping, Patsy, Harry and I had, of course, already done this at our Maverick away weekend at Portreath, where we went to The Track (which is amazing by the way!) At lunch 5 of us (Max,Harry,Freddy,Patsy and I) piled in to the boot of Max's car to shelter from the gale force winds on Haldon Hill (maybe a little bit of an exaggeration...), we all soon ate up our lunch and then went to swap pedals for the afternoon. After Freddy and I tightening instead of loosening my pedals and strong man Harry coming to sort them out, we all headed out to the little loop that we would be riding around. We practised our starts with Justin giving tips on how to speed off the line. With 8 of us battling to get to the single track first, it was great fun! For the rest of the afternoon we were practising race tactics and just having fun riding! Thank you Justin!
The day of Soggy 2 had finally arrived! My alarm was set for 7 with an aim of leaving the house at 8, this, surprisingly, happened! When we got to Newnham the rain had already started, I signed on and got my second soggy stamp and keyring. It was then time to ride the course so off I set with Lucy, Patsy and Kris. It was such a fun course! With the long climb at the beginning, that was near enough all the climbing done and you weaved your way through speedy single track back down to the car park. It was a really great course to race on and the mud made some parts unpredictable, which brought excitement to it when riding it! After a 3 lap race I was unrecognisable, as I had giving my glasses to my dad after not being able to see and being covered head to toe in mud! I was really happy after taking the win in Juvenile female! Well done to Patsy for carrying on after getting a puncture as well.
Results - http://www.fullysussed.co.uk/results-and-media.html
Thank you Maddie and Jay for putting on yet another great event!
Also, thanks to the Allan family for putting on a fantastic Maverick christmas gathering!
The Track - https://www.facebook.com/thetrack.portreath 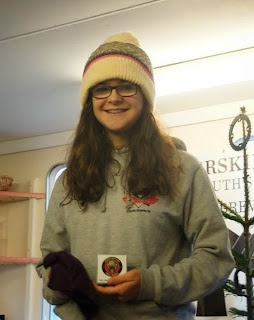 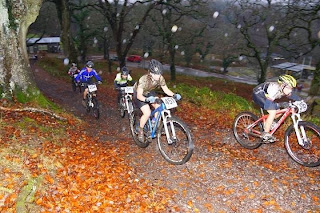 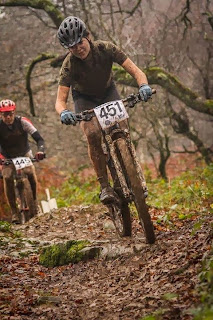 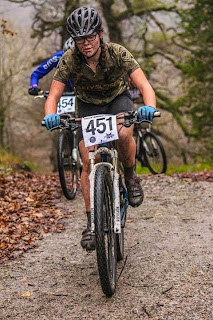 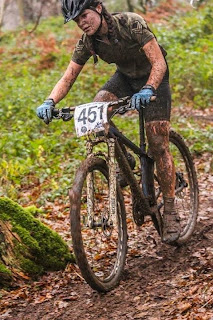 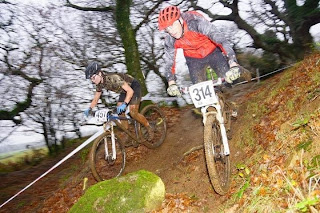