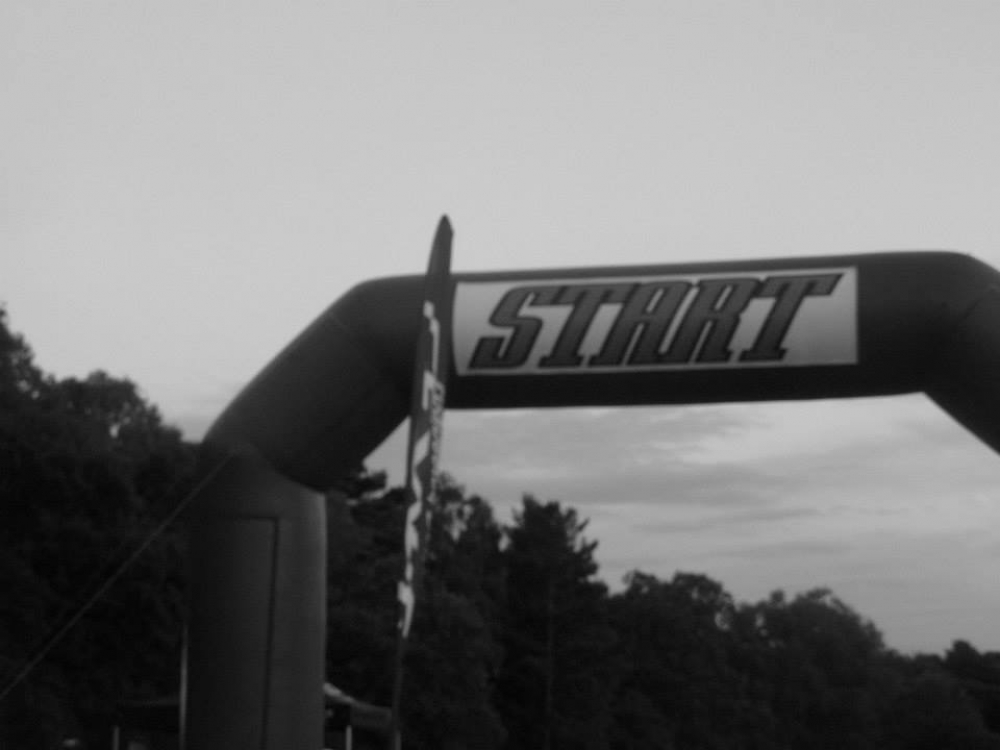 Friday night we arrived at Avon Tyrrell adventure centre all psyched up for the weekend ahead. We pitched up at our hook up near the arena so we didn't have much of a walk to anywhere! By the time we went to the stage area and beer tent everything was in full swing, one of the bands were jamming away to some rock and roll music at full blast. The Hough's then turned up and soon after we saw some friends that are moving to Australia so we had a nice little group! The rest of the evening consisted of little children crazily riding around, adults drinking beer, j20 for me and Charles and some band playing 'banging' music very loud! Eventually everyone retreated to their camping pitches at about 11.30. 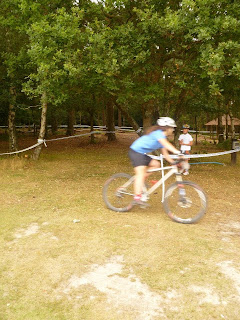 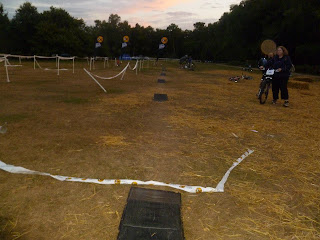 The next morning the Big Bike Bash officially started with the under 15's races on the short track setting everything off. First the under 6's, then the under 10's and finally the under 15's! The course was tight and bendy, making racing on it fun. After 2 laps it had finished and I won (woo!).

Throughout the day, there were events such as Track Stand and Bunny Hop competition, also there was an under 18's race on the main xc course that Charles and I wanted to do. As soon as we started Charles zoomed off in to the distance then winning the race! Having not ridden the course during the race I managed to go in to tape twice but it was great fun! I was the only girl in it so it was an easy win! Later on in the day there was a Malt Loaf eating competition, (earlier we had been told that the quickest time to eat one was 42 seconds!) About 7 men lined up behind hay bales and they got given a Malt loaf in it's wrapper and then, go they were off!

One person even stuffed the whole thing in his mouth, (but then was nearly sick!) in the end, slow (ish) and steady won the race! After that was the Pint to Pint race, when adults raced around the short track to their pint of beer, then had to down it, do another lap, down another beer and then do there final lap! When they were drinking their beers people moved the bikes confusing them so much when they rushed back to find their bike gone! When that had finished Charles and I headed over to the Pump and Gravity track to find it near enough empty (yay!) whilst we were jumping numerous times down the track, we heard the Lezyne Exploder (inner tube bursting) going on in the main arena. The evening pretty much consisted of the same things as the previous night, loud music and drinks! 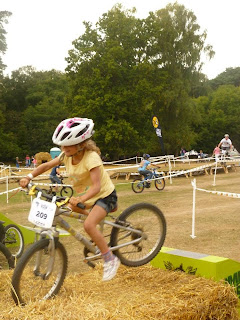 Sunday morning started with the eliminator races on the short track, lots of water was involved in it! Charles then took part in the Track Stand competition and was third beating many older men! We then both went in a fun xc race Charles coming first again and me coming third! As we were racing we could hear the cheers coming from the Gravity track as the hill climb and pedal free races went on. After we watched the jumpers on the Mulch Jump Competition, some were quite impressive!

My dad the challenged me to the Giant Slalom, so I accepted as a laugh! Beating him I then managed to go on to win it, beating some upset men! The next Pint to Pint race then started with my dad and his friend Ben in it. They both managed to gain many places from the ability of being able to down a beer quickly and finished 2nd and 3rd! That evening the auction went on with shiny bikes and flashy things up for grabs. 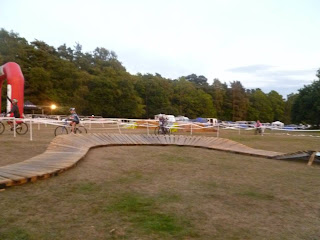 The timetable for Monday consisted of;

After some persuading I then agreed to take part in the popular event, joining Charles in the queue. When it was my go I so nervous to launch my self off a jump on a bike in to the lake but it was so much fun (apart from face planting the lake!). Charles then followed getting loads of height and not face planting like me! 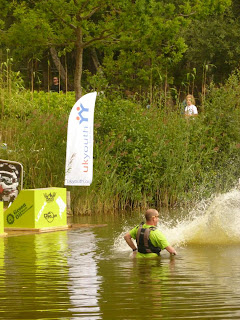 If you can't hold it give it back! (the rule for the amount of prizes you could get!) There was so much! So many people got prizes!

It was all over, a weekend well spent!

Thank you the whole of the Big Bike Bash organisers and helper for an amazing weekend, hopefully we will be coming next year! 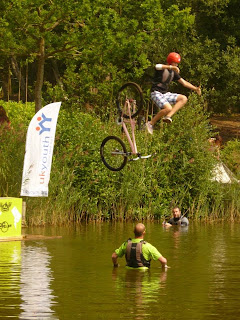 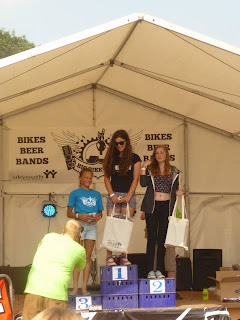 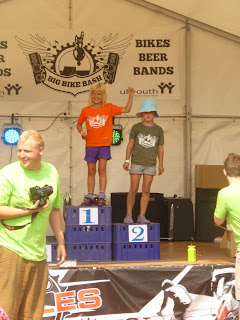 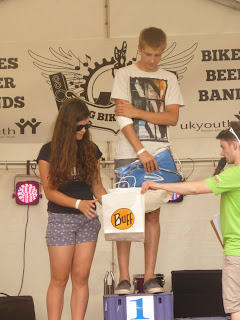 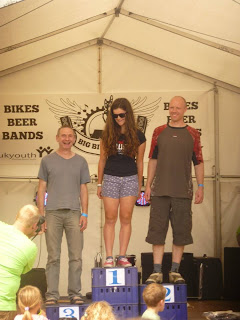 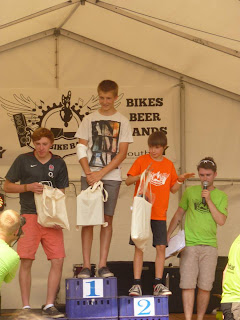 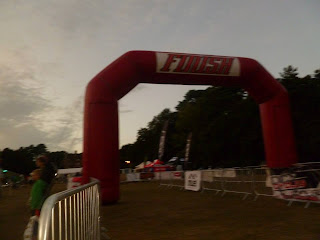