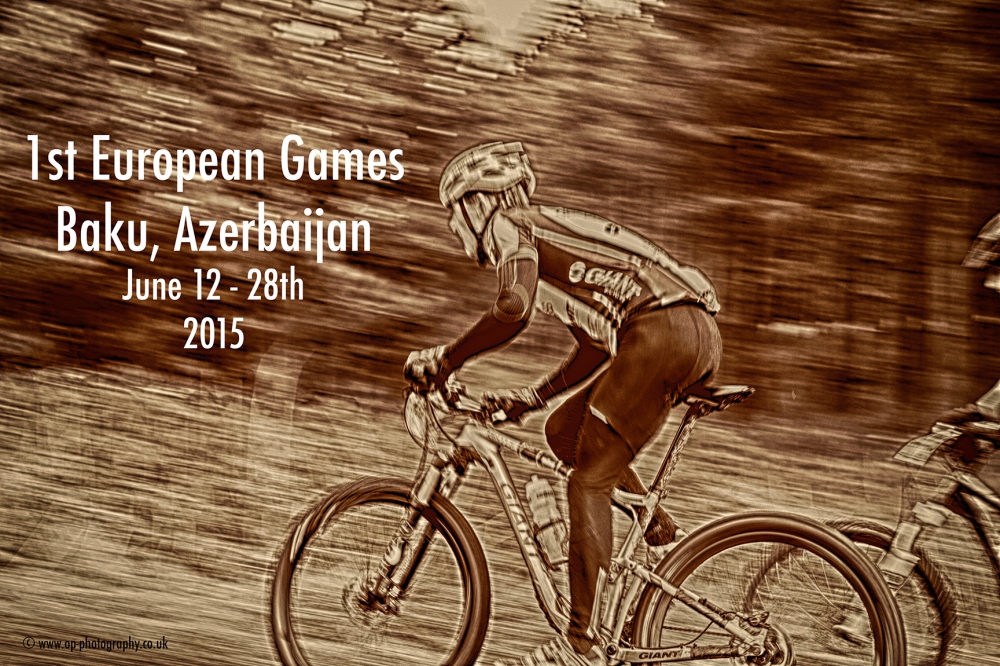 The first European Games will open in Baku, Azerbaijan on the 12th June 2015.

Based on the Olympic Games model and with aspirations to rival other continental multi-sport fixtures such as the asian and pan-american games it has seen oil rich Azerbaijan investing a reported £6.5 billion in sports venues and infrastructure.

Mountain Biking (June 13th) is one of three cycling events taking place there, the others being Road and BMX.

In all 30 sports will be represented, with the Azerbaijan government reportedly agreeing to pay the travel and accommodation cost's of all the athlete's attending. The EOC (European Olympic Committee) said the funding grants for competing athletes were an important part of the negotiations to stage the Games.

It came as a surprise therefore that the Brits will not be sending any cyclists for any of the three disciplines.

In a statement from British Cycling, a spokesperson said:
“We won’t be sending a team to the Baku 2015 European Games as it doesn’t fit in with the training and competition plans for any of the Great Britain Cycling Team squads this year. We will look to support future editions of the event though, should the timing allow.”

During 2014, the Baku Games Mountain bike test event was hailed a resounding success for a country that had previously only held two Mountain bike events, Switzerland’s Martin Fanger 26, won the men’s race in a time of 1:37.52 with a dominating performance to finish first ahead of fellow countryman Marc Stutzmann, with Dimitrios Antoniadis of Greece in third.

Ukraine’s Iana Belomoina 21 claimed victory in the women’s title with a time of 1:24.46, a powerful performance in windy conditions ahead of the Swiss duo of Kathrin Stirnemann and Linda Indergand. After the race Belomoina said “The course and organisation was very high level but it was very windy which caused some problems for us, but I feel very good and think this test event will be a stimulus for me to get prepared for the Baku 2015 European Games.”

Mr Thierry Marechal, European Cycling Union Mountain Bike technical delegate, said: “The Baku Prepares test event was a superb competition in a new and challenging location for the athletes.
“Both races were quality entertainment, and we were extremely pleased with the thorough and professional organisation of the event.”
The Baku 2015 European Games will offer ranking points in all three Cycling disciplines for the Rio 2016 Olympic Games.

In total, 50 European countries will bring around 6,000 athletes to compete in Azerbaijan between 12 and 28 June.

Azerbaijan is on the shores of the Caspian Sea, bordered by Russia to the north, Georgia and Armenia to the west, and Iran to the south.
It is a country that has become rich since breaking away from the Soviet Union in 1991 thanks to its resources of oil and natural gas.
OP Photographic hopes to post a photo report of the racing after the 13th June.