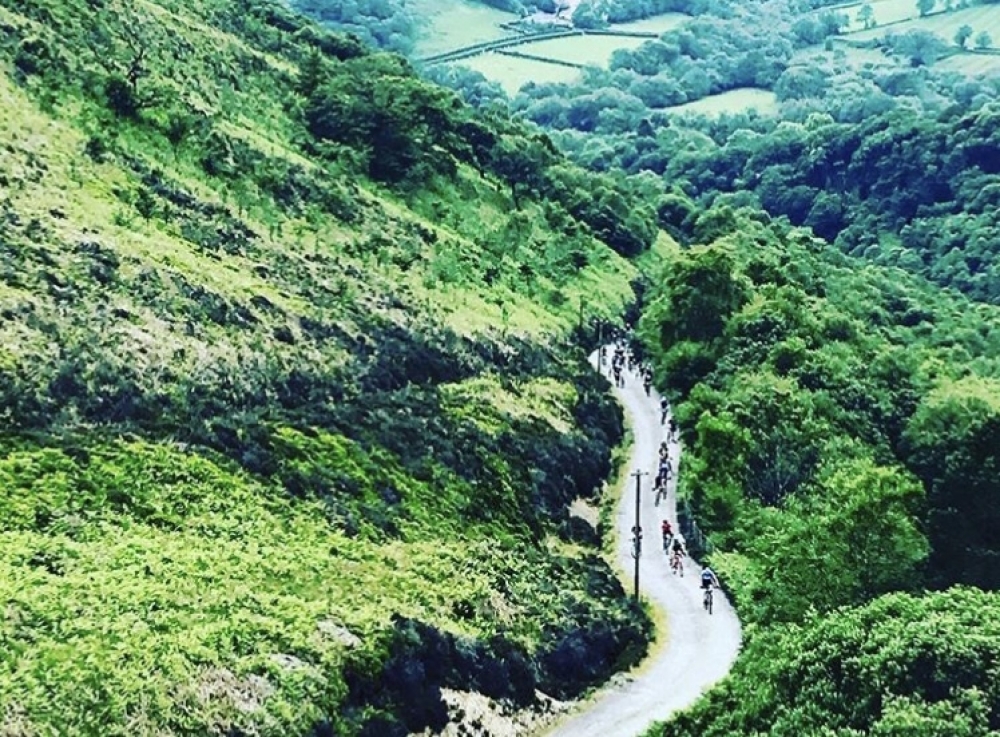 Having previously attended several of the A Cycling events, there were many things I knew to expect from the newest event, Gritfest: fun, sociable, family friendly, competitive (if you wanted), and sunshine. Organiser Matt Page has clearly signed a contract with the weather for all of his events, and yet again the sun made a glorious appearance.

Tom and I had every intention of arriving at the event in good time on the Friday evening but yet again we were far too ambitious in both departure time and the length of time to drive to Llandovery. But with baby Sam fed and bathed, we settled him down in the van and eventually headed west on the M4.

As we pulled into event HQ in Cily Cwm, near Llandovery, at 10.30pm, the campsite was full. This brought on mixed feelings – we were elated that the weekend looked like it was going to be epic fun, but also a bit anxious as we lapped the camping field to try and find a spot. We settled for a clear patch of grass – no doubt vacant due to the proximity to the portaloos – but the event was only 2 days long, and the gravel mob were a clean sort, surely?

After a late carb-fest, we settled in for the night, unfortunately not getting a great deal of sleep due to an excited baby...

The event format of 3 timed stages each day, with untimed transitions in between, resulted in the most relaxed race start I have ever experienced. The 300 odd riders sauntered through the start gate, checking that the timing ‘dibbers’ were working on our wrists.
Tom and rolled out from the farm towards the back of the pack with fellow BW Cycling riders with Oli Beckinsale and his wife Rachel. With an hour or so before the start it made for a great warm up – although this included the savage steep climb of ‘K2’. I was pleased that this was untimed, and along with the majority of the riders, opted to save my legs and push my bike up it. Fair play to those who attempted to ride it – did anyone make it to the summit??

The nerves kicked in as we approached the first stage, ‘Rotor Riot’, a 7.5km undulating section. The feed station at the end of the stage was very welcome – with lots of yummy treats, and cakes – although it was certainly too easy to get carried away with the longest timed stage of the weekend, ‘Brooks Behemoth’, looming just ahead. I was uncertain how to target this 19km stage, and how long it was likely to take, but attacked it hard from the start. In hindsight, too hard. A lapse of concentration resulted in me taking a bad corner VERY badly, falling heavily on my knee, my hip and my already injured elbow.

Fortunately the bike was unscathed and I didn’t loose too much time – although I did loose rather a lot of skin….. With the second feed station conveniently located at the end of the stage I was able to patch myself up a bit, refuel and appreciate the stunning waterfall, before heading on to the third and final stage of the day. The ‘Effetto Dam Buster’ was described as a pedally downhill section, with a super fast downhill finish onto the Llyn Brianne dam itself. This was incredibly fun, and I was pleased to have improved my cornering technique and stay rubber side down!

A 10km cruise back to event HQ gave more opportunity to appreciate the stunning scenery and chat with fellow riders. On ‘dibbing’ my timer chip at the finish line I found out that I was fastest overall for the day, but with other riders yet to finish, would I be pushed out of the hotseat?

After checking in with baby Sam (who was being looked after by our friends extraordinaire), we aided our recovery with a protein shake followed by that well known recovery combo of pizza and prosecco… YUM. It was great fun chilling out in the arena in the prebooked sunshine, with good tunes and chatting with friends old and new. Man on the mic Ian ‘Frew’ Frewin was busying himself organising the Tug of War competition - as an ex-rugby player, I stood no chance in avoiding it!

I certainly could have done with my rugby studs, and my long-lost strength! We were drawn against the seasoned pros of Acycling – who definitely knew what they were doing, unlike us. With the bulk of Matt Page at the front digging his boots in, we stood no chance against their coordinated effort in round one, and we were soon sliding along the ground (which my gravel rash really appreciated….). In round 2 we attempted some form of team work, and ended up with an isometric stale mate – which after the day’s riding really wasn’t appreciated! The tug felt like hours, and despite several ‘heaves’ we, again, lost to the A cycling crew, resulting in an early exit from the competition.

The weather was, again, glorious at the start of the second day of riding, although the start felt a little different from the previous day. With only 3 km before the first timed stage, many riders seemed very keen to be at the front. Stage 1, ‘Leyzene Ladder’ was a rough slightly rocky climb for about 3km and then a shorter descent. The climb was steep, rough and slightly rocky - but dry, apart from a couple of big puddles at the top. I took a couple of creative lines around these, taking advantage of my full suss mountain bike! The transition to stage 2 involved a big climb, but more stunning views. Stage 2 ‘Lauf True Grit’ had an initial climb and then undulated before a rapid descent to the finish. The final stage, ‘Ritchey Rush’ was within Cwm Rhydar forest, using some of the mountain bike trails, and tracks within the forest. There were some punchy climbs, and my legs were certainly feeling a bit second hand after the weekend’s efforts.

After a total of 130km riding, 3100m climbing and 51.8km timed stages, I was surprised and stoked to be fastest woman on all of the stages, winning the event overall. It was a great weekend for BW Cycling, with Oli Beckingsale being overall fastest.


I loved the event. It had such a great race format – Tom and I don’t get much opportunity to ride together, so it was great to be able to race the stages hard, and then cruise between them together. I was blown away by the views of the Cambrian Mountains, and although much of the timed sections were spent with head down and legs pumping, the transitions gave a brilliant opportunity to appreciate the stunning scenery in the sunshine. I’m looking forward to next year already!
Click any of the images below for a larger view / slideshow 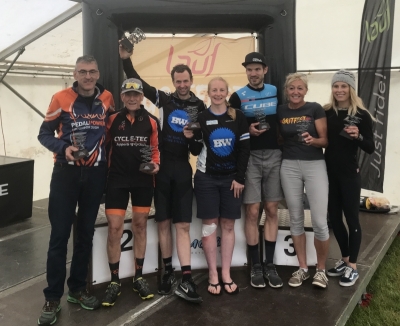 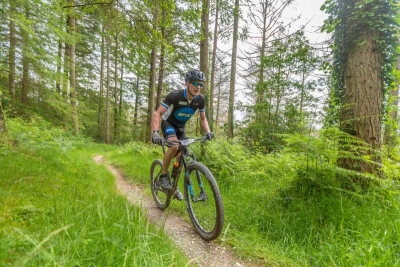 A mixture of terrain - mostly gravel but the final stage contained some single track at Cwm Rhaeadr. Photo: Anthony Pease 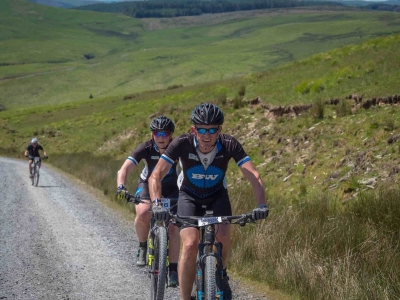 It was great being able to ride the transitions between timed stages together - although there was a lot of savage climbs! Photo: Anthony Pease 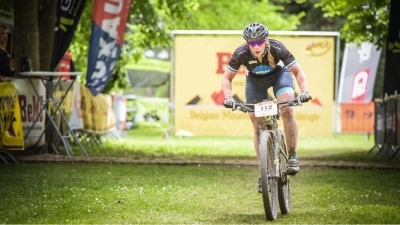 England Rugby World Champion, XC racer for BW Cycling, returning to fitness and racing in 2019 after the birth of baby Sam.