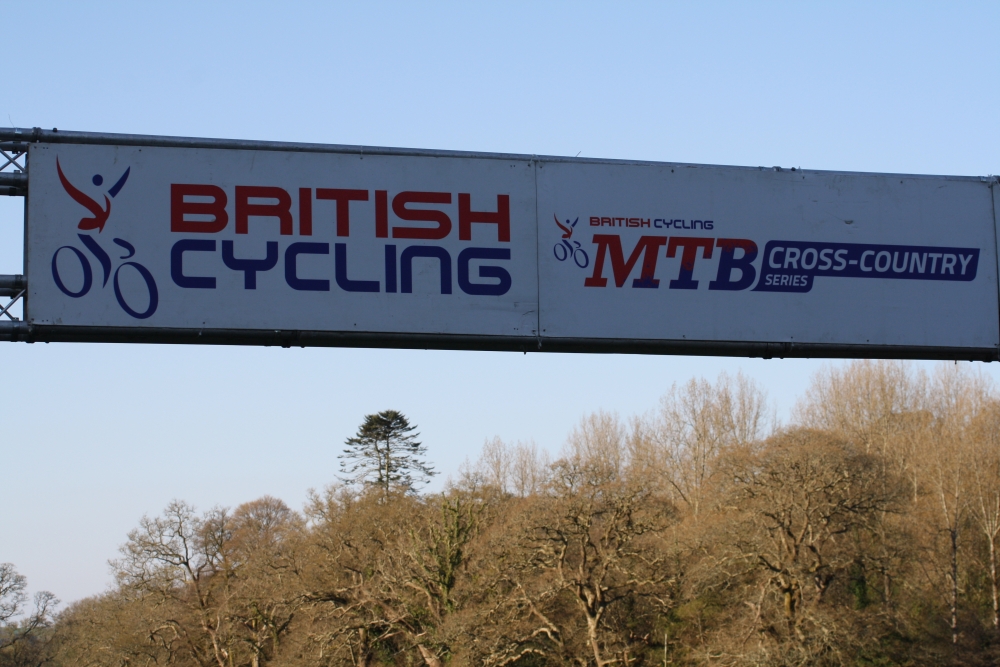 How to Not Finish a National XC Race!

On Saturday 18th April, my Mum and I both drove for about 4 hours from Buckinghamshire down to Devon, so I could compete in Round 2 of the BC National XC series at Newnham Park on Sunday. I was actually looking forward to this one for a while, as I saw a course preview on Twitter, and when I noticed all the techy bits that were in there, I instantly wanted to ride it! On top of that, a friend of mine, Tom, attended an RSR at Newnham Park, and he said it was really good - so that got me really excited! If I am going to be blunt about it, I didn't enjoy the first round at Sherwood Pines so much: it may have had something to do with the fact that it was basically a swamp and I finished 33rd, but I found it to be more CX than proper XC, which is a discipline that I am not only terrible at, but I find extremely boring (no offence)! If you're interested, you can read about my Sherwood experience over at the Slipstreamers website here.

After I arrived at Newnham Park on Saturday, I went and did some practice on the course for a bit - and I loved it! A lot of credit to the organisers Fully Sussed for such an amazing course – I especially loved the picnic rocks section and the hip jump! I found that the course gave me my technical fix lacking from round 1, however evil the climbs, and so I was really looking forward to the big day on Sunday... Fast-forward the overnight stay and awesome breakfast at the B&B 5 mins away a bit; and I’ve arrived at the venue, warming up for my race. I was just practising the bits near the start, and I’d pretty much had them nailed, when I went OTB after trying a different (and fairly dumb) line over the big rock at the start! I managed to scorpion, so unsurprisingly, I face-planted and ended up with a pretty spectacular nosebleed! My shirt and shorts also turned red (I wonder how?), and before I knew it, I was in the paramedics’ tent! 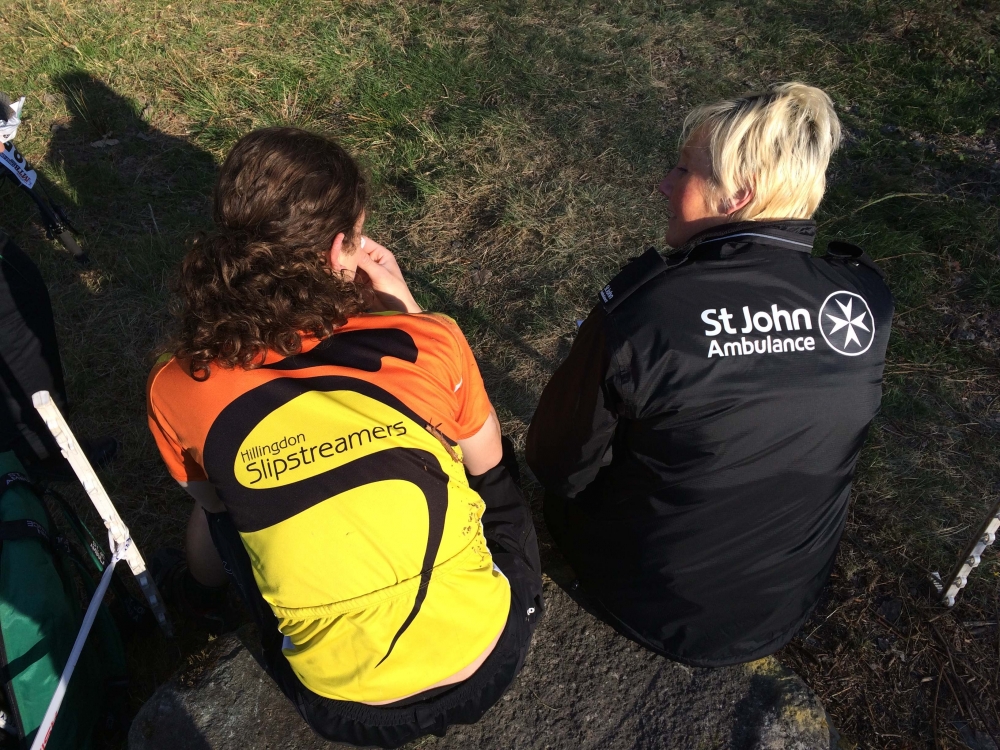 So once the paramedics had patched me up and I was no longer dripping with blood (literally!), I went out to the start to get gridded. Thanks to my absolutely amazing result at Sherwood, I was right at the back; however I had done a lot of practice with starts, so I wasn’t too worried about that (also, I had the row to myself so I could set myself up for the best line ☺)!

When the Commissaire blew the whistle, I did a massive sprint off the line, and I would even go so far as to say that it was a good start! Going round the corner, I was sort of in the middle of the pack, but then the grass and CX skills were needed and I started to fall back a bit. Come the first section where I face-planted in practice, it probably didn’t help that there seemed to be a chain reaction of people stalling on the bump before; but I somehow managed to un-clip while going over the A-line of the first obstacle! Nevertheless, it was still faster than the B-line, and I was steadily moving up a few places. The next bit was a slight climb, which slowed me down, but I was still going quite fast and the gap between me and the person behind me was still there. Afterwards was ‘the bumps’, which I liked, and then there was a climb. Amidst all this, I was slowly making my way up the rankings, because I was actually overtaking people! Ok, maybe this mostly consisted of passing people that had crashed out and had broken bikes and/or faces, but either way, I was improving! 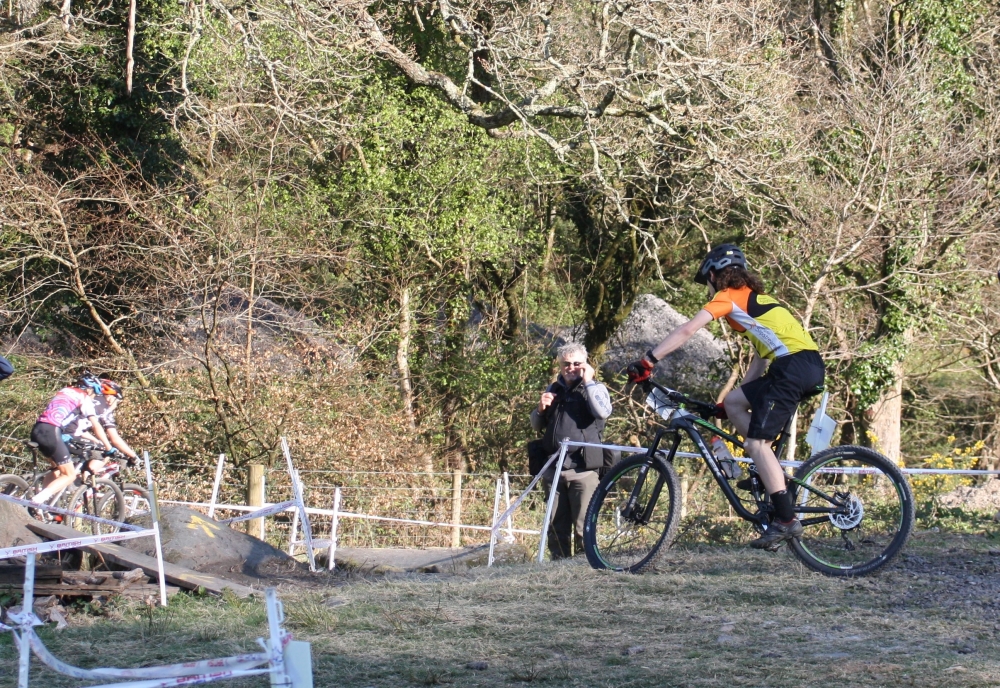 What I haven’t mentioned so far is that my crash must have damaged my helmet, in that the tightener thing on the back (does it even have a name??) came loose. While I was being gridded I managed to quickly sort it out, but it gave way just after my start and obviously, I couldn’t stop to fix it. So on the climb after 'the bumps', I had to stop and try sorting it out as it was becoming too much of a hindrance! This was to no avail, though – it had broken, and even tightening up every other strap didn’t work! Gutted, I had to pull out of the race and make my way back to the start; leaving Devon with cuts, grazes, and a very impressive bruise on my nose having just not finished my national race that I had been looking forward to for so long.

Ultimately, I can’t accurately describe how gutted I am that we travelled for nearly four hours in a stuffy car to Devon so that I could just damage my most vital part of equipment and pull out of my race. What’s even worse is that I’d spent a fair bit of time the day before practising each section, and I pretty much had them all nailed – ok maybe not the climbs as much, but you get me! There are a lot of things I could have done differently to avoid the dreaded DNF, perhaps, such as bringing along a spare helmet; actually understanding how my helmet works (when I arrived back home and had a proper look at it with Dad, I realised that it wasn’t broken - I just had to lift up the padding to take note that it had merely unclipped – this was as bad as actually not finishing!); or simply not crash!

At the end of the day, however, racing is racing and everybody has bad races, no matter how much they love the course or how technically adept they are. I guess that I’ll just have to win the Southern XC at Crow Hill on Sunday to make up for it! 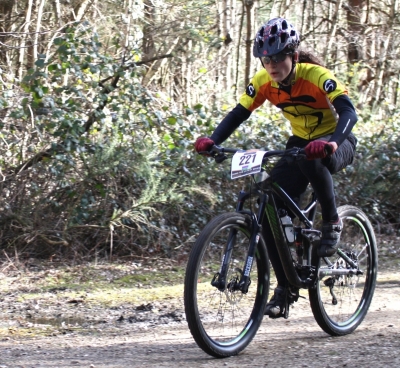 Downhill or cross-country, it's all about the mountain biking! My clubs are Hillingdon Slipstreamers and Summit MTB, and when I'm not on a bike, I'm either being studious, distracted by my cats, or reading about bikes!