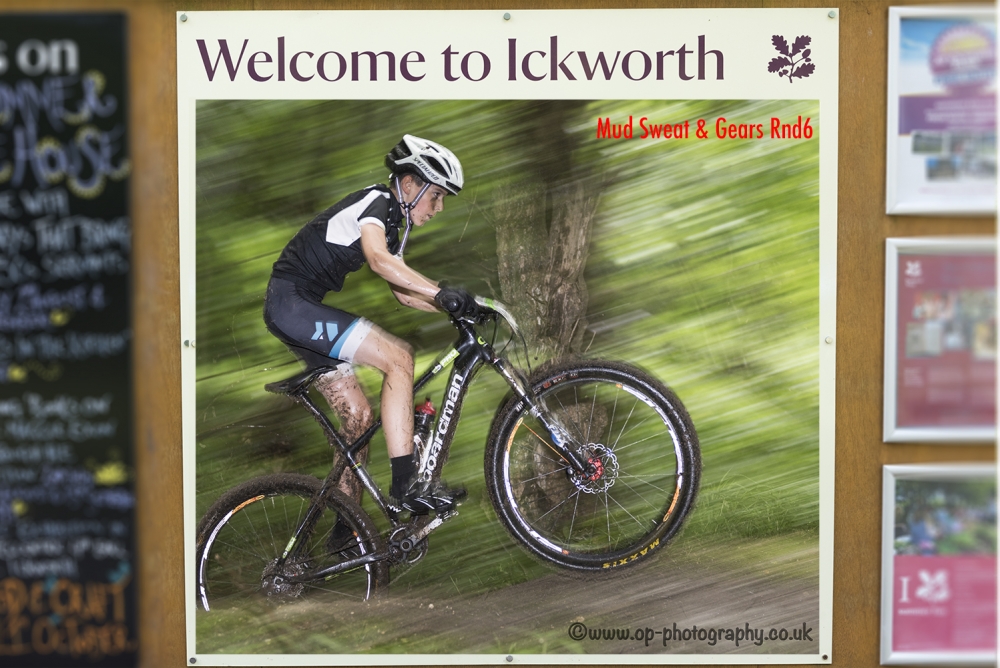 MSG Eastern Region Series 2015
Round 6 of the 8 venue series took place on Sunday 5th July on the National Trust's, Ickworth House Estate, which is near Bury St Edmunds in Suffolk.
Due to the weather some technical parts of the course had to be closed off to the riders but the conditions were still taxing enough, mud possibly causing the most difficulties, with plenty of slips and the woodland jumps taking on a more sinister characteristic, ready to catch out the unwary.
Mud Sweat and Gears Round 6 Results
As well as starting the races the whistle seemed to summon rain every time it was blown. 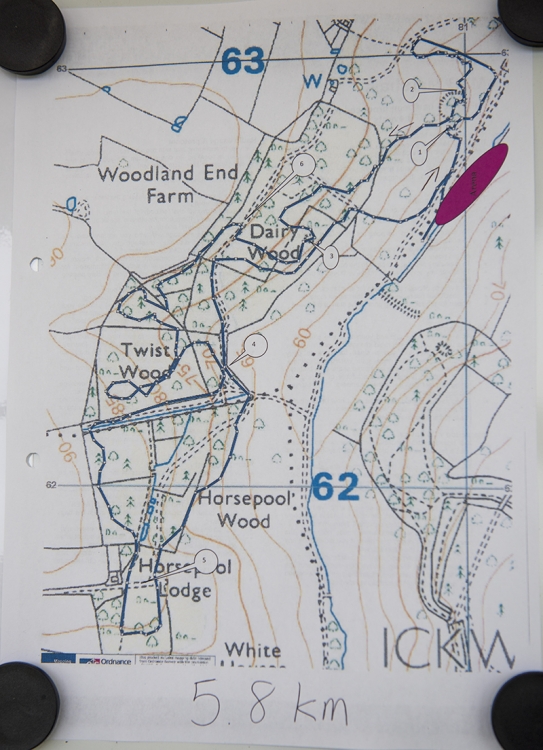 The good turnout of riders from across the age ranges & experience levels made this a very inclusive event. The under nines took part in a coaching workshop and were shown various techniques to help them master some of the finer points of MTB events, before taking part in "no pressure" racing on their own course.
One of the under 9 riders is using the "limbo poles" under the watchful eye of Steve, the coach. 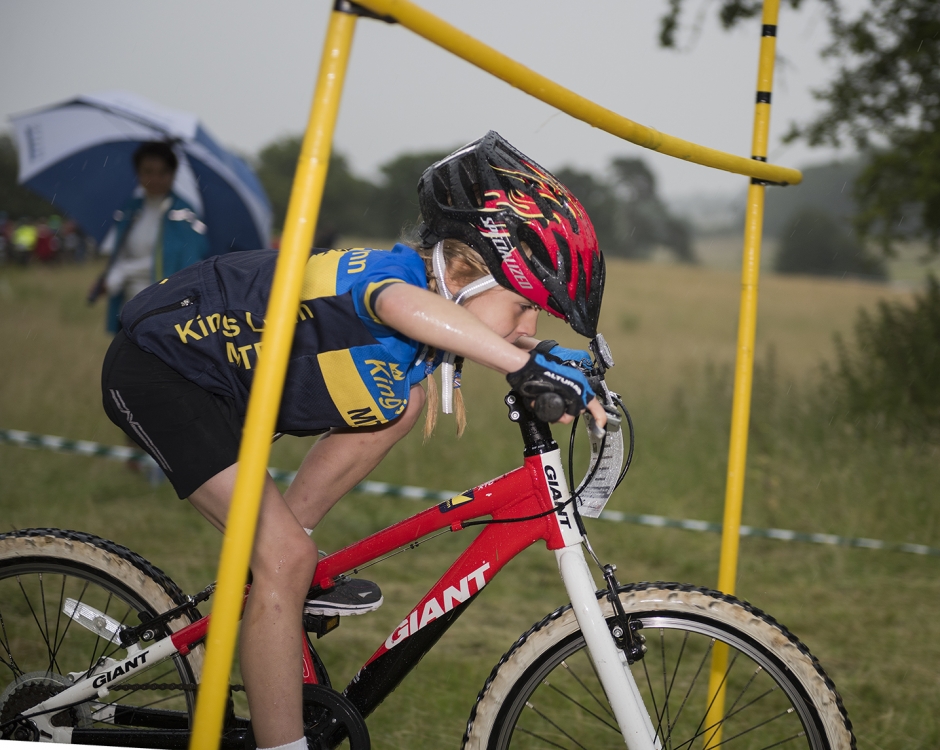 The Under twelves had their own race, on a shortened version of the main course, which showed the time the MSG coaching team are investing in the youngsters is bearing fruit, with an exciting, competitive race on the slippery & muddy course.
First boy home was No.608, Joe Kiely of Welwyn Wheelers CC in 00:19:58 who completed 4 laps.
First Girl home was No.5 Sapphire Curtis of St Ives CC on 3 laps and a time of 00:20:05
No.608, Joe Kiely - Welwyn Wheelers CC, taking the chequered flag. 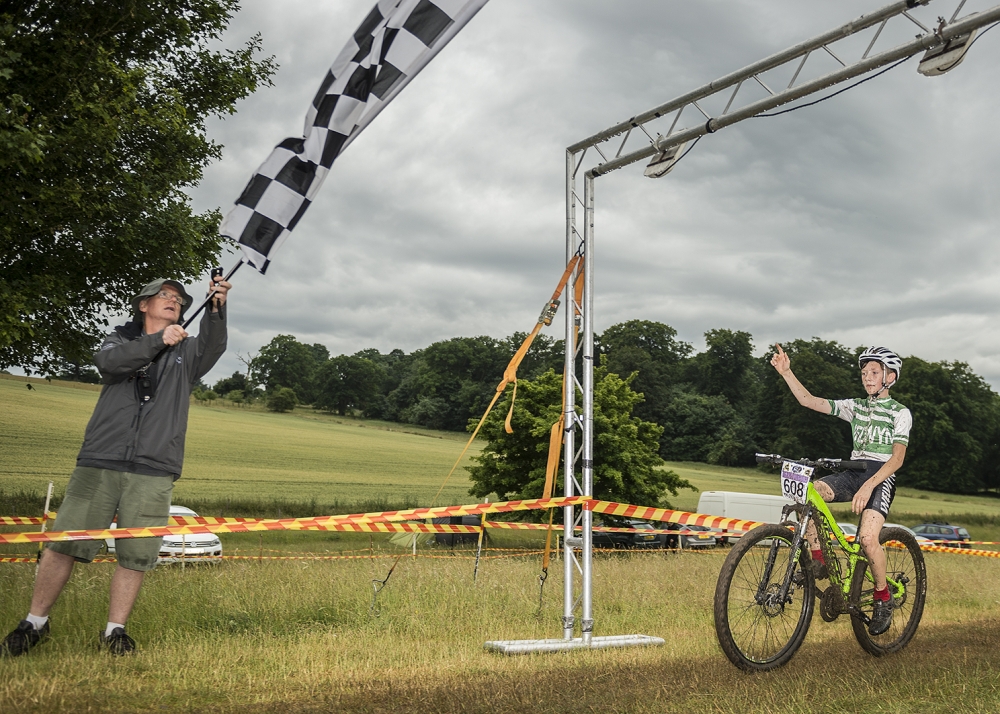 The Veteran Female class was won by No.153 Anita Buxton with 4 laps and a time of 01:42:03,
a full 05:38 mins in front of second placed No.158 Sarah Vigrow of Welland Valley CC and 11:54 mins in front of No.350 Sue McIntyre of Walden Velo, third.
Anita Buxton, pushing hard in the difficult conditions. 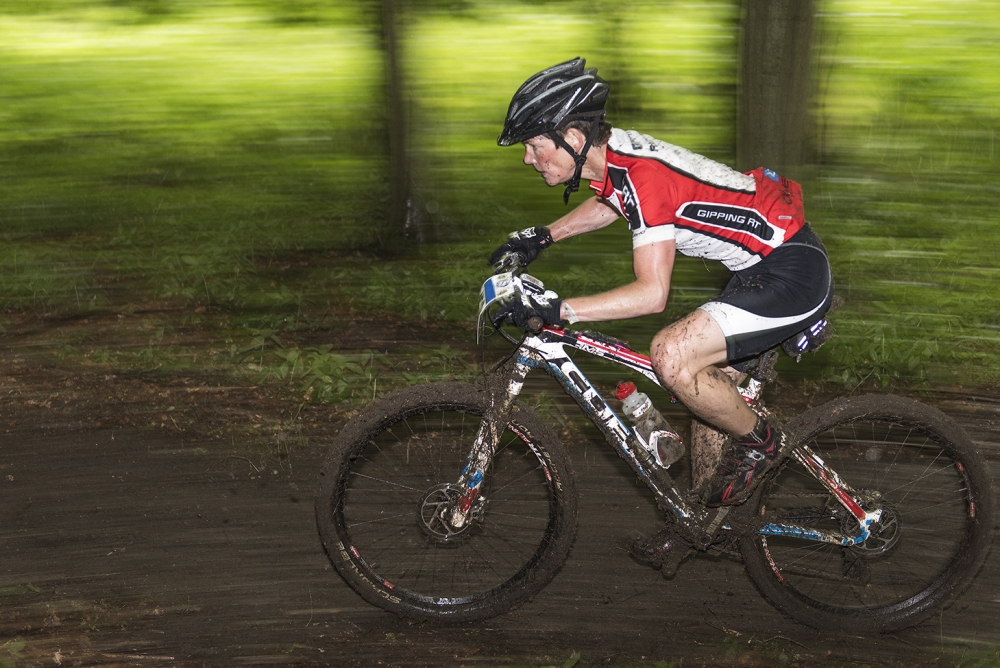 No.350 Sue McIntyre of Walden Velo 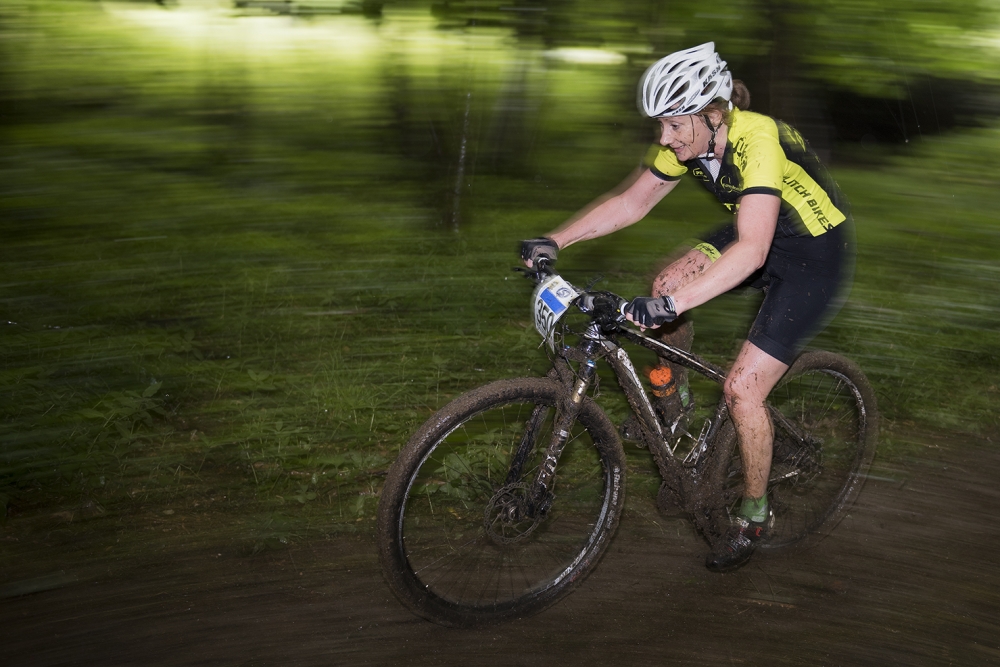 Elite/Expert Female class rider, No.109 Laura Sampson, suffered a very early puncture, less than 100yds from the race start. The persistent thorn took on three tubes of sealant and won, in the subsequent lap Laura had to finally add an inner tube to her rear tyre. Laura still made the podium, in third place.
The moment the puncture was confirmed [and the no swearing rule was nearly broken]. 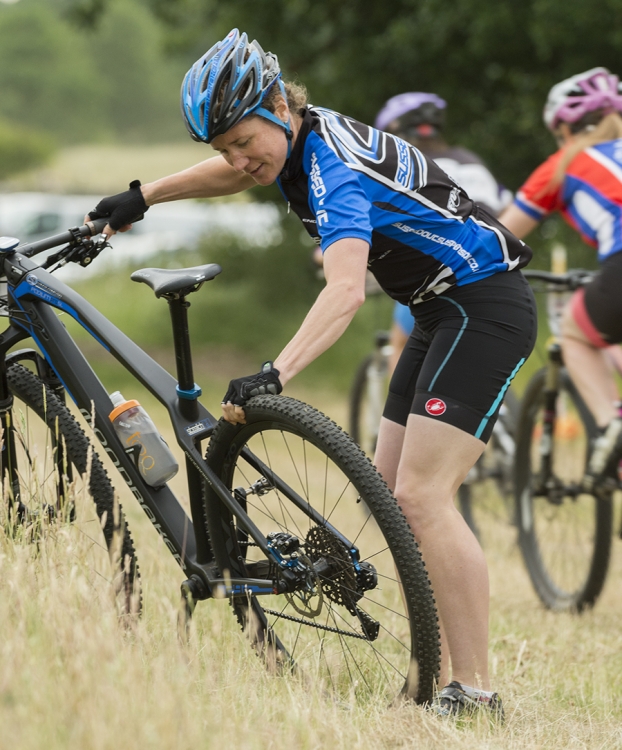 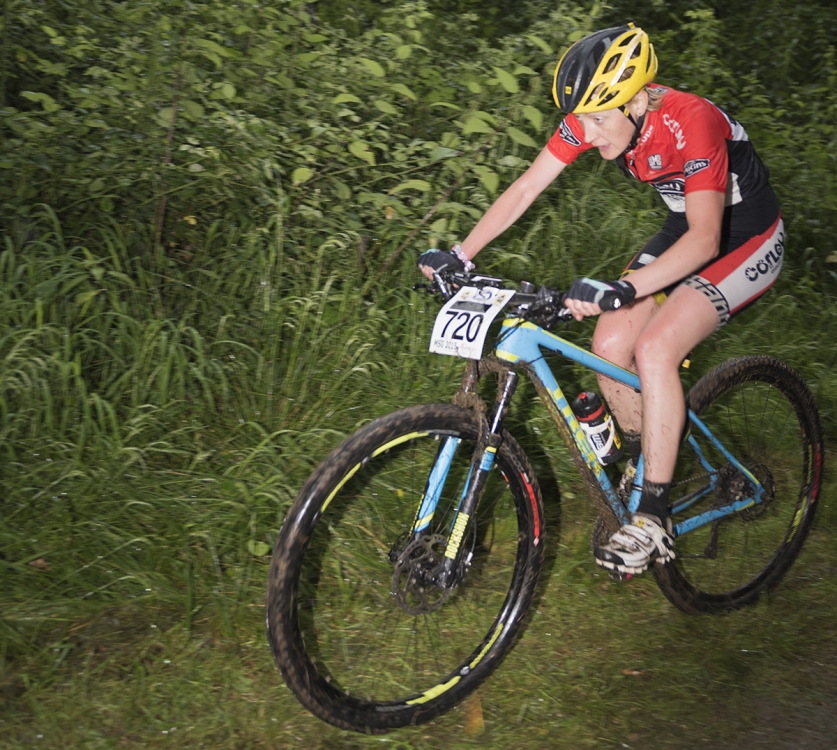 No.144, Louise Brown, Numplumz Mountainbikers. Louise placed third in the Sport Female class.
Placings can be decided on the choice of equipment you use as much as your fitness, here No.61 Mark Hollingworth riding in the Open Male class charges on while another competitor has to stop to to clean the mud splats from his glasses.
Mike finished in the top 25 of the Open Male Class. 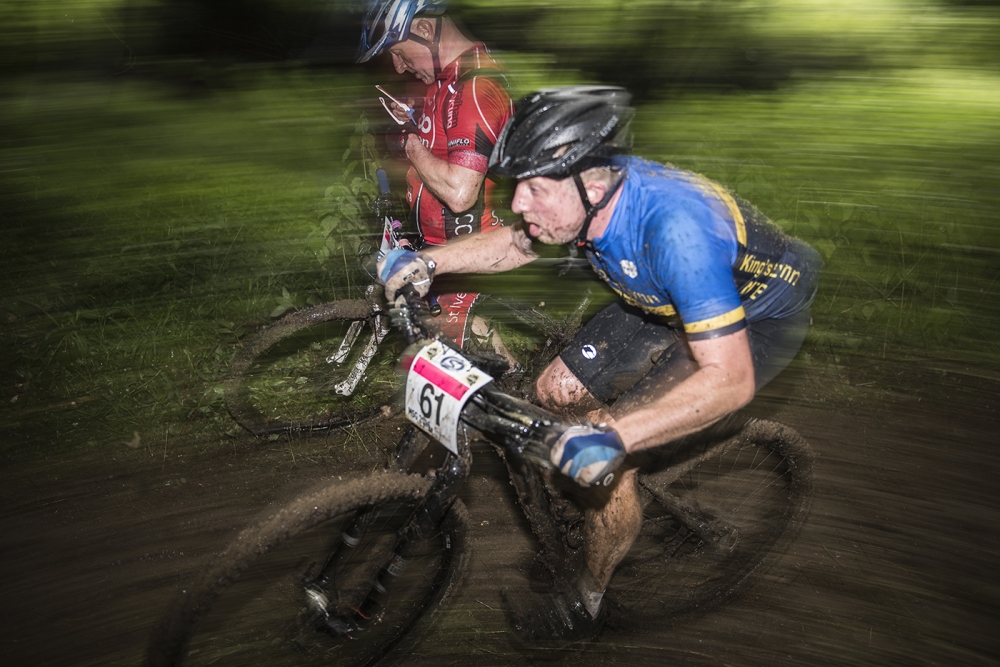 Not all the course was in the dark muddy woods. The downhill section back to the start/finish area was a welcome change and gave the riders the opportunity to shake off some of the accumulated mud from around the crank and frame. 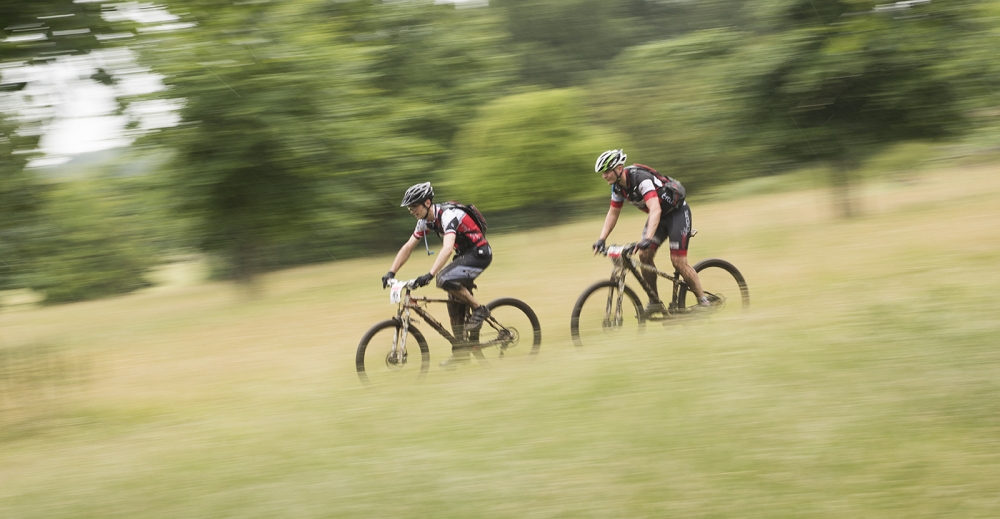 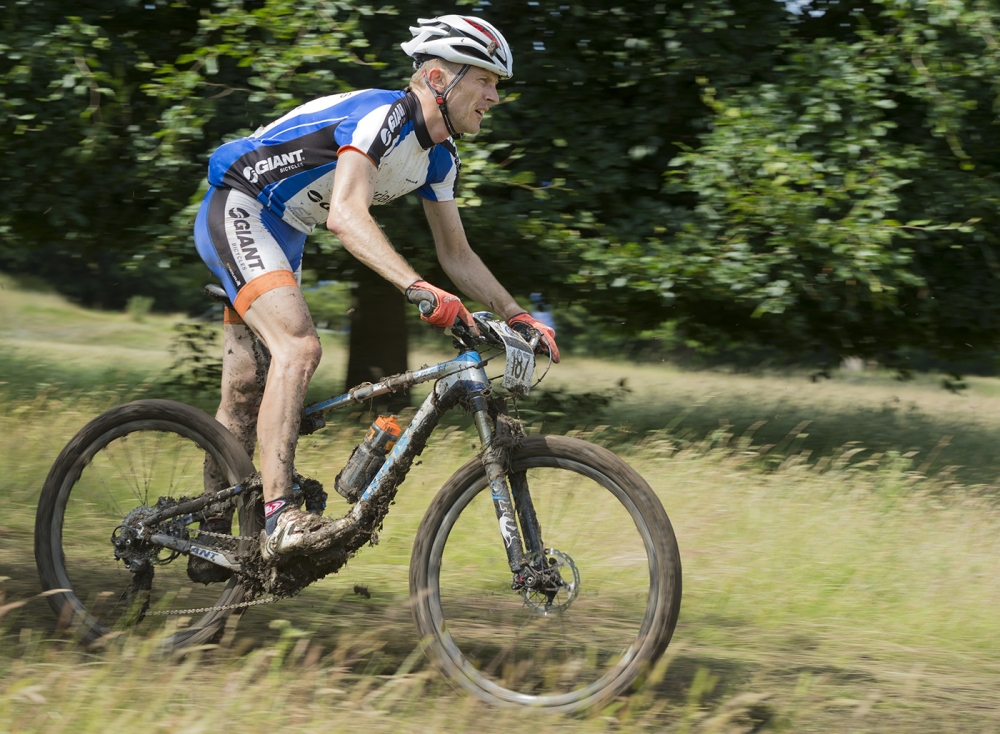 No.278, Chris Hunter celebrating his 4th place in the Vet Male class. 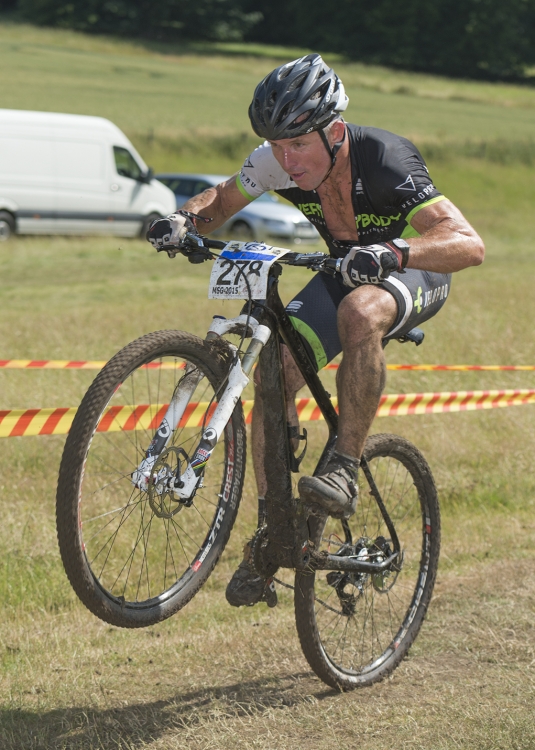 The Afternoon's combined class race saw a remarkable first couple of laps from Junior Male category rider Paddy Atkinson.
Paddy gained the spectators applause as he was the first of all the riders, Elite Men included, to reach the first Bomb crater going into the second lap, where large numbers of spectators had gathered. Paddy's choice of tyre for the heavy conditions was part of it but the sun returning to Ickworth turned the tables and what had been an asset in the heavy going became a burden as the track dried. Elite Male rider Richard Jones reeled him in as the laps progressed but Paddy had done enough to win his Junior Male class by a very comfortable 13 Mins.
Junior Male category rider No. 245 ,Paddy Atkinson taking the "A" line and in overall lead by some 30 sec's at this stage. 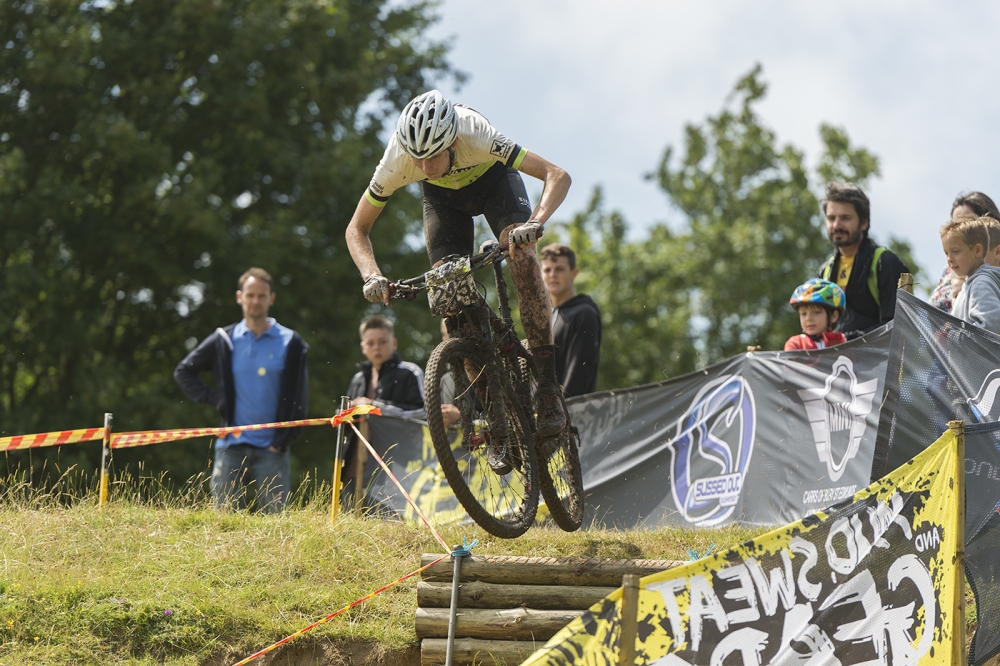 One of the bikes after the mornings racing. 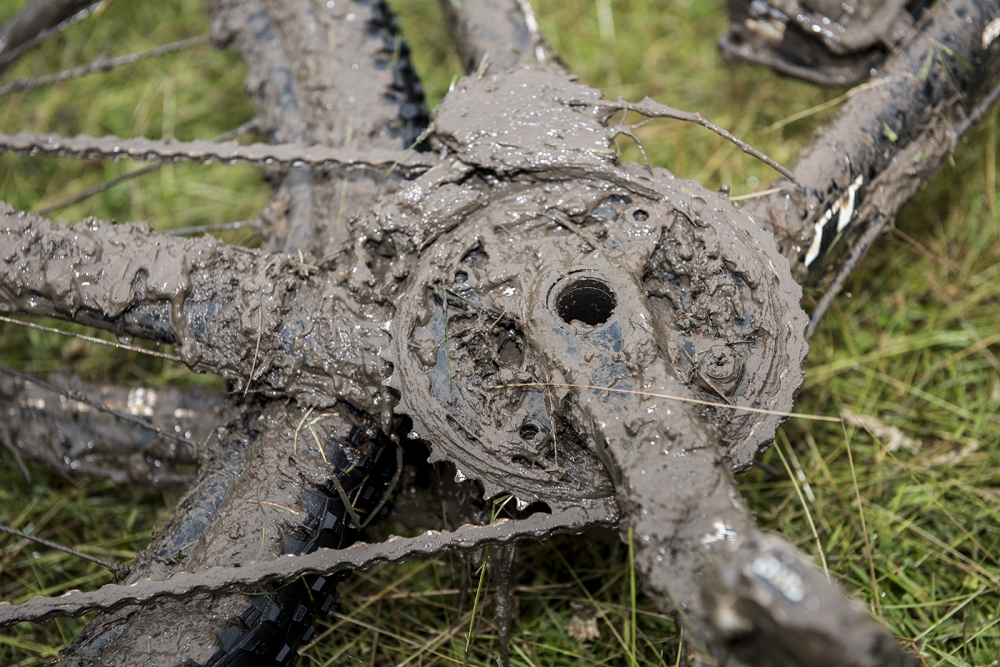