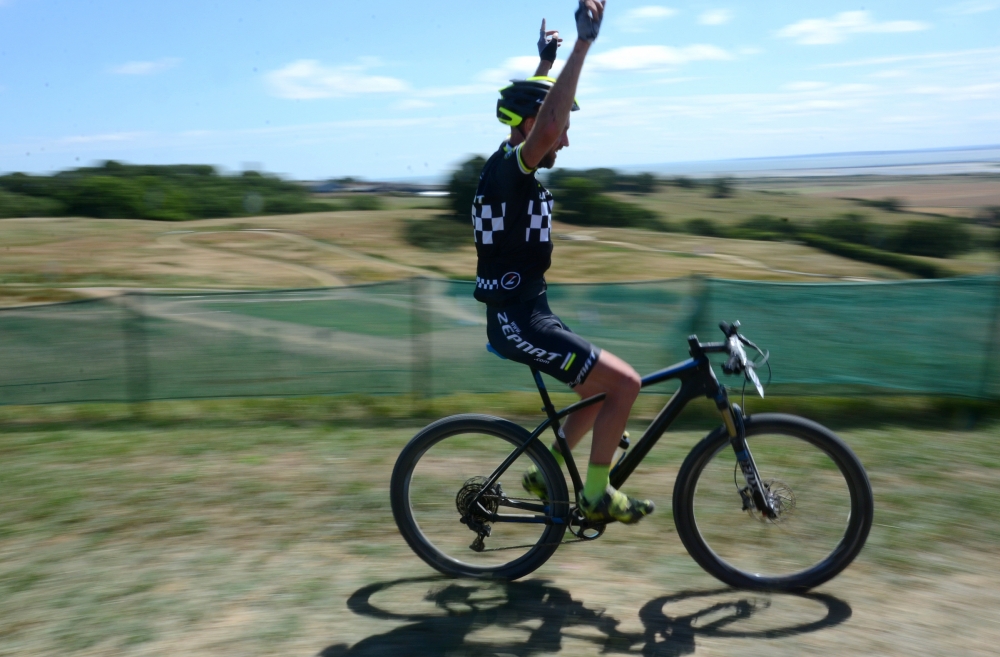 The fight for the stripes was as fierce as ever as Hadleigh Park set the scene for the Master and Veteran National Championships. 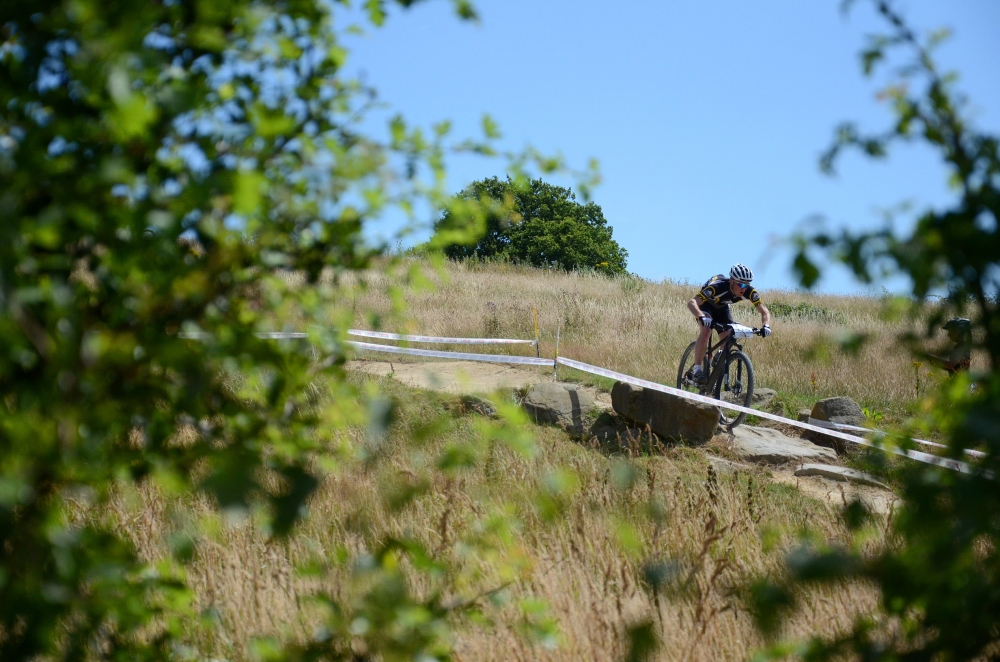 Katy Simcock was the run away winner in the Master Women category, powering away from her competitors on the first climb and perfectly executing her rigorous race strategy of 'go hard at the start, in the middle, and at the end'! Angela Laycock and Samantha Toop took silver and bronze.
Luke Moseley didn't have quite such an easy task to take victory in the Master Men's race although he did build enough of a buffer to protect his win from a late charge by second placed Jody Burnett. Despite not being enough to claim victory, Jody's last lap secured his silver from Warren Bates, who had been only a few seconds adrift for much of the race but ended third. 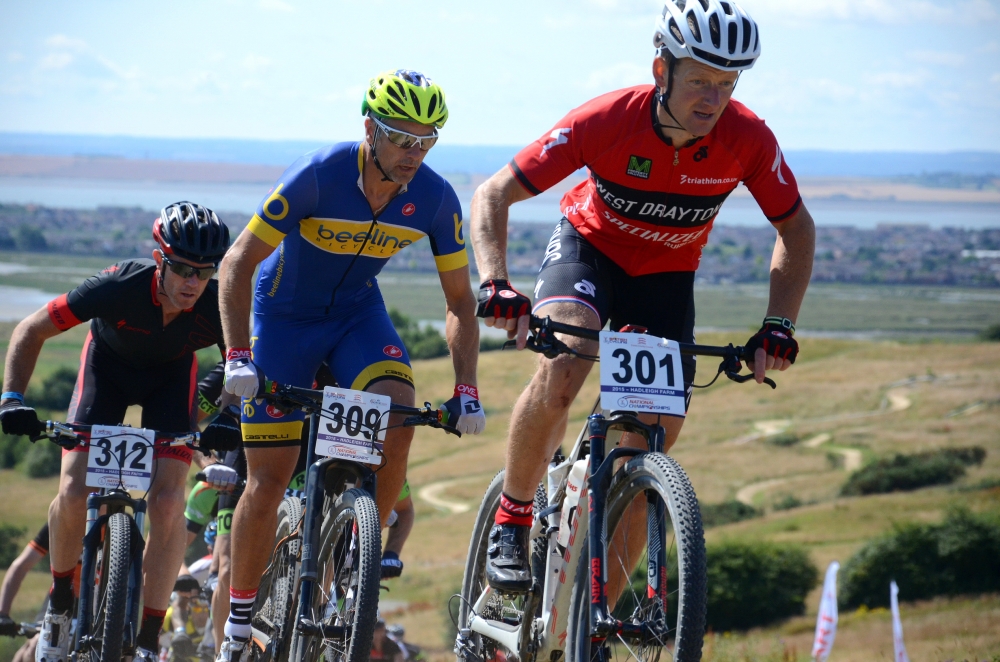 Nicky Hughs looked well in control of the Veteran Women's race as she rode to victory but she had little time for respite as Alison Holmes kept her pushing hard to the finish. Alison took second and Anita Buxton claimed third.
Marc Chamberlain saw off the likes of Paul Hopkins, Sam Humphries and Steve Calland to take the Veteran Men's Championship. Consistently setting the fastest laps, Marc pulled out a gap of a minute and a half by the finish. Sam got the better of Paul by the half way mark to secure silver, with Paul ending third.
Lydia Gould set the early pace in the Grand Veteran Women's category but it was the rider who led them off the line, Sarah Barham, who eventually claimed the title. Lydia fought to stay in contention for the win but fell 24 seconds shy by the finish. Janet Burthem took third place and the bronze medal.
The Grand Veteran Men's race was one of the most compelling of the day, with the two favourites chopping and changing at the front. Grant Johnson was eking out a lead in the first three laps; a few seconds here, a few there. However, laps four and five saw Tim Gould able sustain his pace (despite a foray or two into the stinging nettles) and pass Grant whose speed was slowing. In the final two laps Tim was able to put nearly a minute into Grant, who had to settle for second, whilst Richard Cross got the better of Marc Chadbourne to take the final podium position.
The Super Veteran Men's race was won is super fashion by Roy Hunt who, over four laps, managed to amass a 7 minute lead! Ian Petherbridge was solid in silver and Vic Barnett's metronomic magnificence saw him claim bronze.
The younger end of the Master/Veteran categories were giving the young guns a run for their money when it came to lap times, and at the other end of the spectrum - the super end! - men born during the Second World War were smashing it around on an Olympic course! Now that's really cool! The saying goes that 'It doesn't get easier, you just get faster'. I'm not convinced some of these riders would agree, so we shall change it... 'It doesn't get easier, you just get more legendary'! 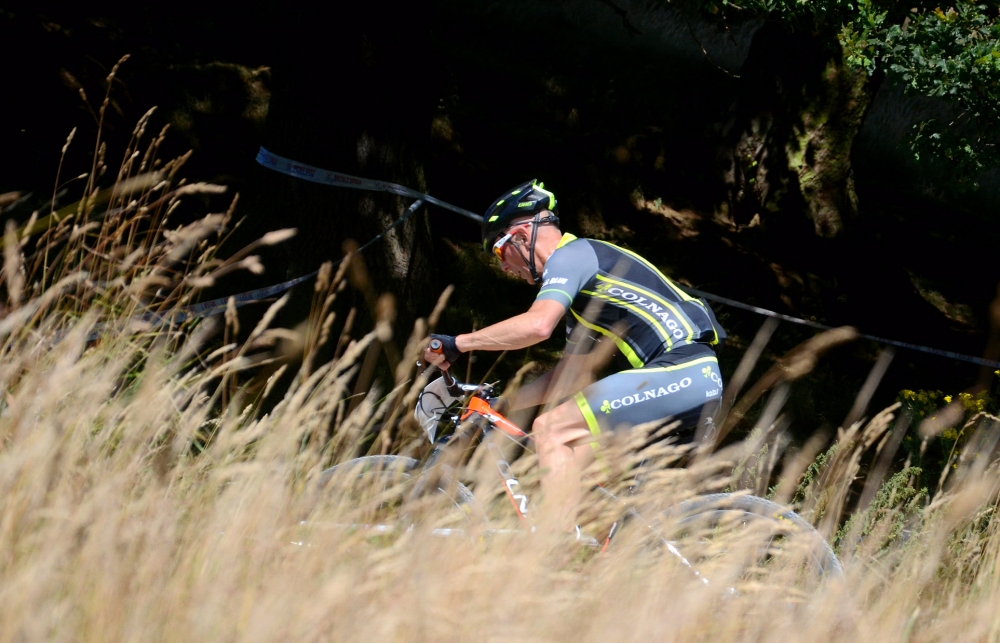