Over the past weekend I was really looking forward to having a pre-race on the National Champs course. 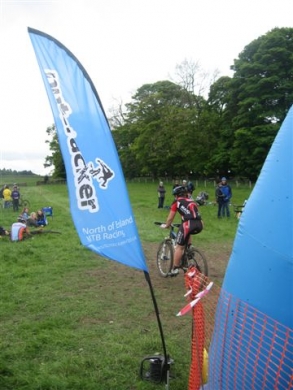 Unfortunately my body decided otherwise and devised a calculating cold to prevent me from any such effort.  After reading everyone's accounts of the 24 Nationals I was feeling somewhat meek, not an unusual feeling admittedly , but I decided to embrace my illness and step foot outside the house (duvet).

Having great ideas of getting a filmed lap of the course was a primary driver for this stupidity and not even that worked out for me!  I tucked into the expert field to get a good view of the racing action, and hopefully capture some of it.  Needless to say, I was concentrating more on keeping up with the pack than filming and completely ruined/obliterated any useable footage.  I will learn eventually.

I have a few saveable stills from the trapse round the lap on Douglas Shearer's wheel and the rest I will leave up to you and your (xcracer) imagination.  Thanks to Douglas for his patience as I did zero turns...

The start quickly opens out across lumpy field and directly into a likely headwind.  There are ruts a plenty to catch wheels and I imagine it will be carnage on the first lap here in the larger categories due to the width available and speed of start.  After a brief off-camber descent and stream crossing the course turns up to the sole climb, gaining about 200ft in height and taking me about 2 and half minutes.  This will be where most of the attacking will be done as a gap will be easier to maintain into the singletrack and the chance to get out of view of the chasing pack should arise. 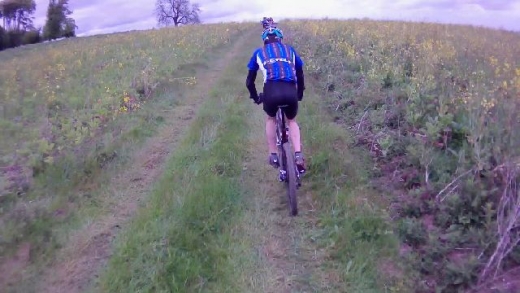 across the top after the short climb

Turning downwards off the tops and it's a fast open grassy descent before reaching the first of the forest singletrack.  Loose it loamy it will take a few showers and riders to bed it down properly, but needless to say it was riding pretty fast; reminding me of certain sections of Wasing Estate and its deceptively grippy trails.  After a brief interlude of fireroad or two it's more of the same through the trees and you have to keep a premium line choice to avoid loss of momentum.   There's also a distinct lack of overtaking places through here.  Make sure either elbows have been well and truly out on the fireroad, or win the sprint to the singletrack! 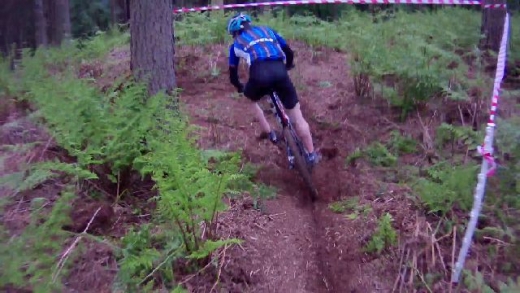 Middle of the lap and lots of loamy singletrack

Firing out onto the home fireroad drag and it's back into a headwind.  I'm sure it's not windy all the time, but the open sections of the course face this way and it would be foolish not to employ some road tactics to sucker someone else into doing the work.  The final drag gaining only about 80ft over about half a mile, but given that it will be at flat out pace trying to gap riders I'm certain it will feel tough enough for most, especially after 5,6 or 7 laps.  Dave Collins, winner of the Elite racing was lapping in the mid 17mins on a course (I would think) reasonably suited his style. 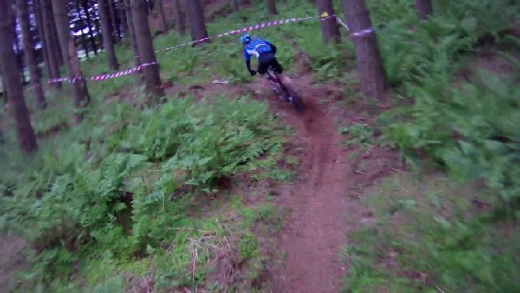 (short descent down to the final fireroad drag)

I think on balance, tactics will come into play on this course more than the previous Nationals.  There is only one traditional attacking point on the climb at the back of the course, which at 2mins or so in length will be enough to break up a bunch, and to encourage spectators to converge and watch the action unfold.

Many apologies for the lack of motion footage, given my footage faux pas I know now that I will only ever hang my head in shame..

Full details and entry can be found here: http://xcnc.nutcrackermtb.co.uk/