Browse upcoming and previous events by The Hamsterley Beast

On 9th May 2015 a roar could be heard around Hamsterley Forest in County Durham, England. The birth of “The Beast”, a mountain bike challenge ride around the Hamsterley Foresty Commision territory, it’s sole purpose to raise money for the Great North Air Ambulance (GNAA).

The event was created by a small group of mountain bikers, who felt it was important to “give something back” to the very helicopter crews who come to the aid of injured mountain bikers all over the north of England. The terrain in many of the mountain biking areas is very difficult to get to and therefore rescue is quickest by air. GNAA has three helicopters, which operate 365 days a year with crews and medics. They respond to upwards of 1000 emergencies a year at a cost of £4 million and relies on charitable donations.

Chris Carr, one of the organisers of the event said, “It was a real team effort by the organisers and marshals. Despite the horrendous weather, the event was a great success”. Roughly 200 riders completed the challenge and raised in excess of £10,000. None of us had ever organised an event of this scale, and Will Weightman another organiser stated, “We’re all determined to go bigger and better”…..

Not only was a cheque for £10,000 handed over to the GNAA, but the feedback from the riders was hugely encouraging. Despite having to redirect the course at 5.30 am on event day, due to biblical rainfall over night, many of the riders back at base were already asking when would the Beast return? Credit has to go to the course planner Brian Harrison, who put together a 40 mile route that was able to cater for all types of riders.

Already the same organisers are putting their plans in place for the Beast’s Return. The day………15th May 2016. And as Will says, we want to go “bigger and better” this time.

Online entries will be going live very soon and we the beast organisers want as many people to enter, have an awesome days ride and raise as much money as possible for an awesome cause. 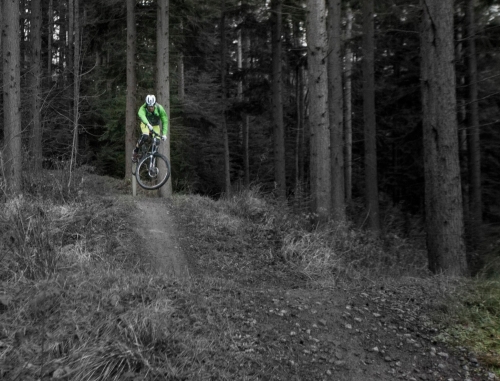