With a choice of three single-loop and fully marked courses (approx. 25km, 50km and 75km), all setting off from Selkirk High Street, the Selkirk MTB Marathon is an epic ride through the best trails the Scottish Borders has to offer, something for families, novices, intermediates, enthusiasts and racing snakes alike.

All three courses are filled with a mix of flowy natural and man made singletrack, twin-track forest roads, ancient drove roads, lung and thigh busting climbs and grin-inducing descents - 'real' mountain biking. Riders will visit the valleys of the Rivers Tweed, Yarrow and Ettrick with stunning views across the Scottish Borders guaranteed.

Paul McGreal of event organisers Durty Events said: "With the best trails the Scottish Borders has to offer we are keen to challenge riders of all abilities whilst making sure that they have the maximum amount of fun at the same time."

The 2015 British MTB Marathon Championships will be run as a separate 'wave' start shortly before the 'sportive' events begin. It will be raced over the challenging 75 km single lap course that also includes some of the man-made trail centre downhill tracks at Innerleithen Trail Centre. It is open to male and female riders (19+) who are British citizens and hold a full British Cycling or UCI recognised racing licence.

Coveted red, white and blue British Championship winner's jerseys will be up for grabs in both male and female classes.

12-15 year olds ride for free over the 25km course but must be accompanied by a full price entry adult.

On the evening of Friday 1 May 2015 Durty Events are taking over the centre of Selkirk and will turn it over to a free festival of two-wheeled mayhem for all the family. From 19:00 to 21:00

The Selkirk Bike Festival will be staged on the High Street with an action packed programme that includes bike stunt displays, head to head Rolapolluza style racing, Bike film screenings, a Pump Track and a mountain bike obstacle course. 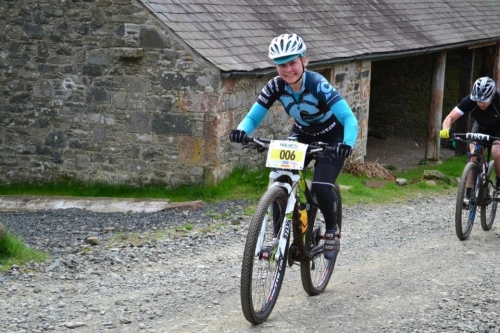 My big day in the Borders

3rd May, 2015
This week I’ve had to practice what I’ve been preaching. After a pretty average ride at Dalbeattie last week, thoughts turned to a crit on Thursd... 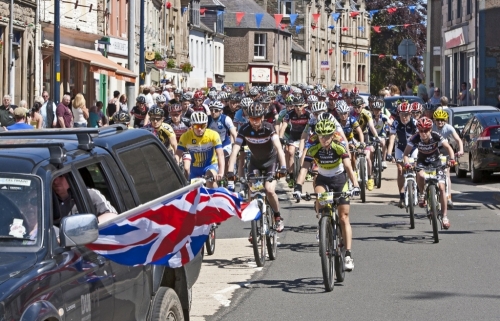 13th December, 2014
British Cycling have announced that the 2015 British MTB Marathon Championships are to return to the Scottish Borders, as will be staged part of the...