Ritchey Bristol Bikefest will return in 2016

On the 11-12th June 2016 the Ritchey Bristol Bikefest powered by Heritage Volkswagen will return to the trails of Ashton Court, Bristol for the 15th issue of the Fest. What started as a ‘Sunday addition’ to the Southern XC series more than a decade ago has turned into one of the major mountain bike events in the country…and in 2016 it will go back to 2 days of 2 wheeled activities!

What’s new in 2016?
The Bikefest (www.bike-fest.com) will return with the proven and much loved concept of 12 hour of solo, pairs or teams relay racing and following the successful integration of the 6 hour and 3 hour novice event into the Saturday line-up, the Saturday remains the focus of the weekend’s racing activities.

The 12 hour event will as usual be started at 9am and run all the way to 9pm while the 6 hour event will start at 3pm and the 3hour event will get going at 6pm – all to minimise start loop clog ups and to make those last few laps more exciting for everyone.

But it doesn’t just have a ‘special name’ it also has its own money prize fund. The minimum prize fund is £500 and with every team we get entered into the ‘Race of Champions’ we will add £20 to the fund. So the more teams – the bigger the price fund.


And on the Sunday of the Bikefest weekend we are bringing you the ‘Ritchey Reveller’.

The ‘Ritchey Reveller’ is an approx. 60km dirt sportive starting from and finishing at the Bikefest venue in Ashton Court. Expect more than 50% gravel and dirt tracks on our loop around greater Bristol. For the Ritchey Reveller we strongly recommend CX or gravel bikes but all bikes are allowed.

We will have well stocked feed stations at the start and the finish of the ride as well as half way around, as well as chip timing, finishing gift, parking and facilities all for an entry fee of £25. 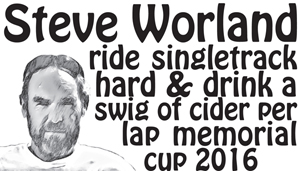 And to carry on celebrating the life and work of very much missed bike journalist, singletrack extraordinaire, Bristol local and close friend Steve Worland who sadly passed away in March 2014 the ‘Steve Worland ride singletrack hard & drink a swig of cider per lap memorial cup' will return to the Bikefest and will once again raise money for the Psoriasis Association Charity which was chosen by Steve’s partner Jo and his daughter Holly. The 2015 event raised around £500. Start of the event which can be ridden in any team size from solo to ‘infinity’ is at 11.27am and we will once again have some great cider out on course for riders to get refresherd and to toast Steve.

Entry opens on the 1st February
Entry to the Ritchey Bristol Bikefest powered by Heritage Volkswagen will open on the 1st February 2016 at 9am. The over all numbers of entries is limited and only 150 solo spots are available across the three distances. With the solo and 12 hour places in particular selling out quickly better mark the day and get your entry in early. To enter please go to the entry page.

What else is going to happen?
As regular Bikefest visitors know the Fest is not just about riding your bike on an all weather, single track packed course but also about chilling out around the event venue, the trackside camp ground and having a well deserved ‘knees up’ at the Finisher party on Saturday night.

We will have our well stocked Bikefest bar open (pretty much) all weekend with the Friday evening Happy Hour. We will also bring back the popular Friday night roller racing (TBC) action as well as music and DJ’s making sure that we have the right musical background for the festivities.

And most importantly we will have our hugely popular kids race (FOC) around lunch time on Saturday.

Where to find out more
You can find all the details on the Ritchey Bristol Bikefest powered by Heritage Volkswagen 2016 as well as the other 2016 events on www.bike-fest.com…but don’t forget that the entry (online as well as entry form) will open on the 1st February at 9am.

A little reminder from 2015
If you missed out on the 2015 or like to reminisce for a few minutes then make sure you check out last years event video: 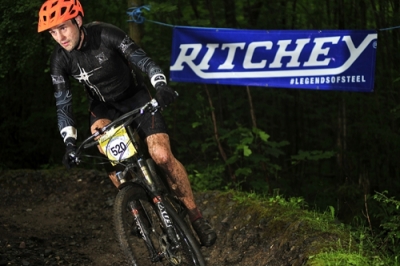 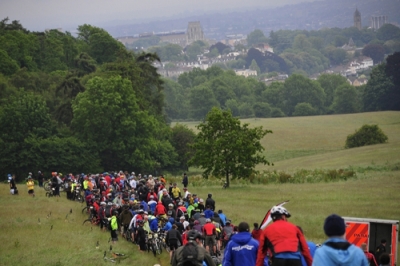 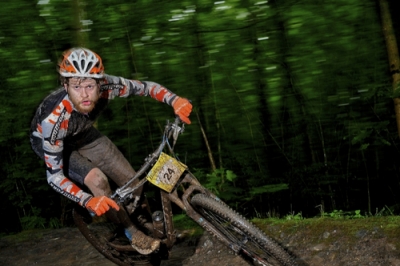 More on the Ritchey Bristol Bikefest 2016: