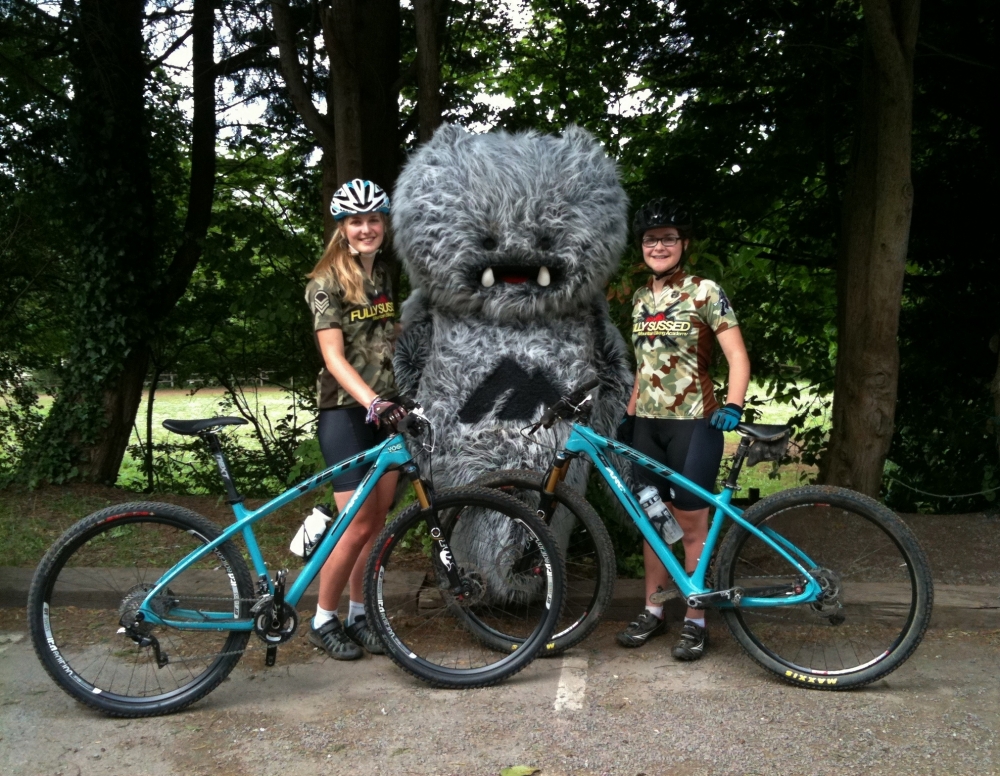 This Sunday was the South West Champs at the Mendips Outdoor Centre. It was an adventure going to race in a new place and we even found a real-life Yeti on our travels! Our Yeti's were finally reunited with their daddy (Awwwwwww).

The sun makes excellent weather for spectating and sunbathing on the side lines, but is an extra challenge in racing. The heat adds to the difficulty of the climbs, as if they aren't hard enough already. However, it makes a nice change from the muddy races I'm used to. I didn't even have to wash my bike!

We went up a day early to pre-ride the course, making the most of a different venue. Luckily, we had a local tour guide from Bike City Wells (thanks Ollie) to show us around and stopped us from getting lost amongst all the pre-race set up. A couple of laps was plenty for one day, as this was certainly a course for the mountain goat's. The start led straight into a steep climb, but we earnt it back later in the exciting downhill.

My race was in the morning of the Sunday, so the heat hadn't fully kicked in yet, but I was already roasting from my warm-up. All of the fun, juvenile, youth and junior set off together, so the start was chaos as we all fought for the inside of the first bend. Somehow, a handlebar ended up in my wheel and I was stuck for a minute along with more crashing of riders ahead of me. Eventually we got up into the open field where we could claim some space. I love exciting starts like this, anything can happen and it's just a competition of who can avoid the most havoc.

When we reached the descending, we had an A line to look forward to / count down each lap. It was two drops that went down lots of off-camber roots and stones, surrounded by trees that were craving for hugs. It was nice to know if you fell off, they were there to catch you. Although, I sometimes wish I was a downhiller and had all the trees covered in mats - but they are really just wimps he-he.

Overall, I was happy to come first and claim SW Junior champ, with only one other girl in my race. It was nice to have some competition though; we definitely need some more local girls to come and compete! Evie Lane my Fully Sussed team mate, came first in her race, taking the SW youth title. My mum came first and my dad came third so it was smiles all round in our car home!

Thank you to Bike City Wells for a nicely organised race, the course was worth the extra travel and it was lovely to go somewhere different. I can't wait for next years series! 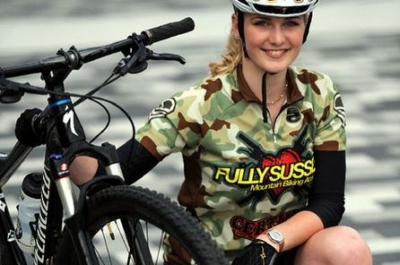