Tweed love was a ten day festival of cycling fun around Peebles. It included the POC King of the Hill 'Enduro' style race. A lot of timed DH's, and a couple of climbs over the course of a day. Andy Barlow (ex Scottish XC champ) practised what he preaches and took an impressive win against a stacked field of ex World Cup DH riders. Good job.

Personally, I was lucky enough to be invited to the Peebles Sprint Criterium as part of a team representing mtbers. Rab Wardell, Gareth Montgomery and Tom Evans joined me to make up team MTB. There were a few other off roaders there too including the local hero Grant Ferguson. Team MTB had its team talk at the start. "Let's just smash it up". Tactics I like on the tarmac.

You can watch what happened here - http://www.xcracer.com/viewblogpost.php?blog_id=369

We set off at a kind of "neutralised" race pace for 20 minutes, being policed by some of the Endura team and Raleighs Evan Oliphant. Then attacks started to come 20 minutes in. Gareth sped it up and got chased. "Eh up!" I thought. "An opportunity to smash it up". I went hard into the fast bends and got about 10 laps soloing off the front getting some ace cheers and increasing support as people learnt my name. I was pretending to be Tom Simpson. Inevitably though, the break was a bit more 'Jacky Durand' and I got caught. I spent the rest of the race breathing out of my backside and tasting blood trying to hold wheels. Only about 15 of us finished without getting pulled. Rab and I were in there. Glad to say Gareth and Grant countered my attack and stayed away off the front. Impressive and a great win for Grant infront of his home crowd.
As an excited Paul Newnham exclaimed at the end - "Go MTBers. That was amazing. How all bike racing should be". I second that. All tuesdays should be that painful. Just ask the Chaingang. Massive thanks to Billy Bilslands Cycles in Glasgow for lending me a Cervelo to race on after some neddy scumbags nicked mine!

The other event I was lucky enough to do was the Glentress 7. A 7 hour XC enduro. Rab entered with another Endura clad rider, Oli Beckinsale. A formidable partnership. So formidable the organisers even gave the mens pairs a prize to 4th cos those two were too good! I entered the mixed with Caroline. A baptism of fire for her. Sitting having a brew with Oli in the pits she was oblivious to his MTB celebrity status but heard passers by whispering "is that Oli Beckinsale?" and sneaking photos. Proper fame! 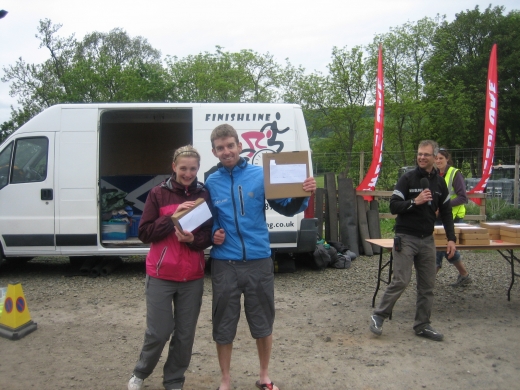 Anyway, enough of the pits. Oli and I took on the first two laps. Rab introduced me to a guy I had followed around so many race courses with the line, "You two should ride together for the first two laps, Robs not that bad" with which I replied "Yeah, alright, not bad for a fat *******, I know what you mean".... Cheers Rab.
Oli replied, "It's funny that, people always say about me I'm not bad for someone who looks so skinny".

A legend of UK mtbing......leads Oli Bekinsale up the hill in a Smelly Helly. Nice. Anyway, it was little and large who took on the race and I offered to let the true legend through. He was kind enough to stay on my wheel which meant I got the 100 quid prize for fastest lap by 0.1seconds. The course quickly clogged up with back markers and my fast lap stood til the end of the race. Nice. Caroline and I won the mixed. Oli and Rab just hung on for the win too. The course was a mix of everything, trail centre, off camber roots, really steep climbs, drops, fire road, walking tack and even a Duel style descent reminiscent of the Malverns 1998. 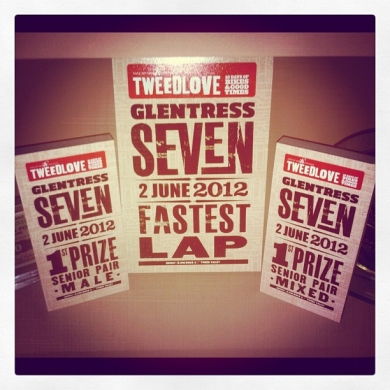 What a great day and a genuine honour to race with a guy I have looked up to as a bit of a hero for the past 15years.