The 2015 World Cup series has moved across the Atlantic. First up, this weekend it's at Monte Saint Anne in Canada.  Next week it's off to Windham, in the US.
Both venues are regulars.  By the looks of the pre ride footage the rocky Monte Sainte Anne course looks even rockier than last year.  Lots of roots & sharp climbs are also the order of the day. 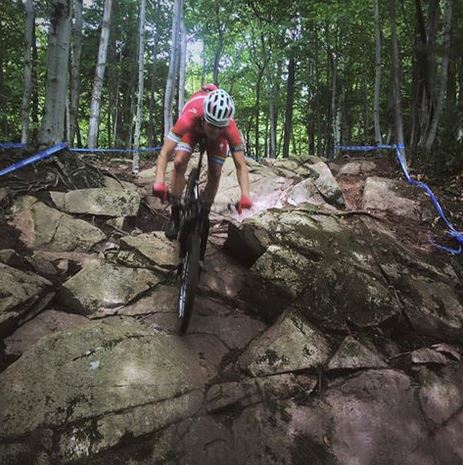 It's tight at the top of the World Cup rankings.  Kulhavy now leads the mens after his victory in Lenzerheide. Schurter is close behind & Absalon is also within striking distance.  Gunn Rita Dahle & Neff are neck & neck. Expect locals Pendrel, Davidson & Batty to up their game and get right in the mix.
Top 10s below (+ the under 23s). 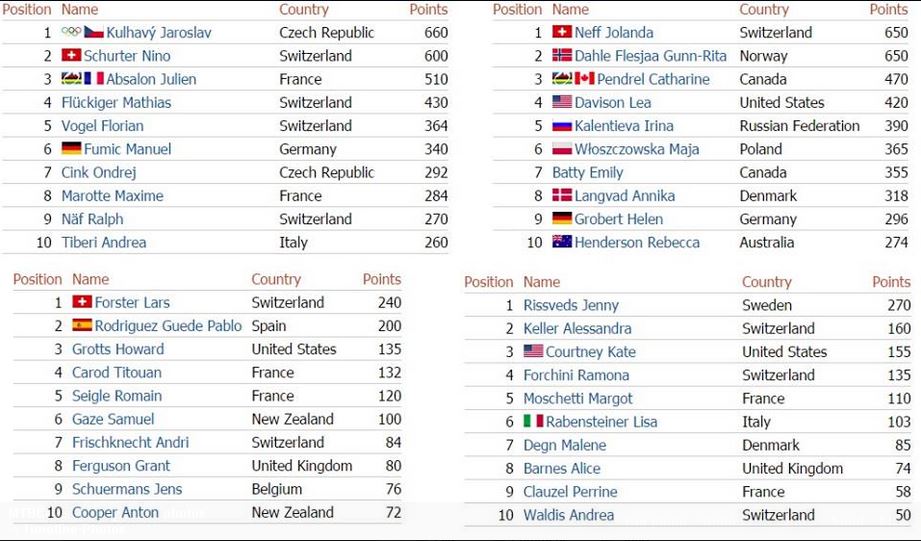 In terms of the Brits: Annie Last will hope to continue her run of form in the Elite women's race (she was 8th in the European Champs last week).  In the U23s Grant Ferguson will also want to continue the form that led to the excellent 2nd at the European Champs. He'll be aiming to gather more UCI points to help boost the UK Olympic men's points tally.  Look out for Alice Barnes also in the U23 womens race, again she's going well.
The viewing times this weekend are super convenient, with evening shows.
The women's race is from 4 - 6pm GMT, the men's race coverage kicks off at 7pm GMT.
Here's the link for the first up, the womens race.