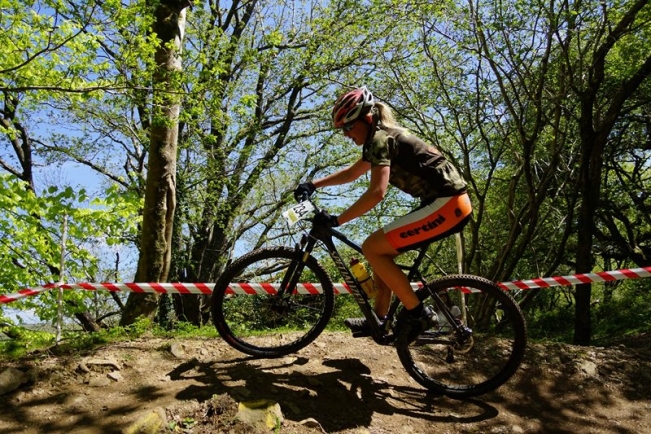 Firstly congratulations to the new SW champions and the age group winners. Also a big "hats off" to all those who made it around a very challenging course. Again we have to thank the organisers for another well run event and the sponsors for some great prizes. The now infamous bear pit claimed a few more unfortunate souls and the sun shone on the tangled remains. The woodlands trails definitely did look like you could eat your dinner off them and a good time was had by all. Even though I ended up eating dirt at the bottom of the bear pit (A-line) on one occasion and getting both eyes full of mud on the "quagmire" track I had a blast.
As a relative newbie to the MTB racing world I thought I would try my hand at a race report to commemorate the fact I finished a race for the first time without crawling or limping over the line. My pedigree isn't great. Soggy Bottom 2011 (Newnham) failed to finish.
Newnham 60, made about 35k then wobbly-legged it to the cafe. Woodbury March 2012, finished but only just. I have to remember that I am no longer young, fit or race hungry. Too many things seem to get in the way of training - kids, work.... I am sure there will be quite a few people in this phase of life.
The first thing that strikes you on the start line is how everyone looks fitter than you or is that just a personal psychological issue. Then you're off and trying to avoid grinding the tyres of the bloke in front who is doing the same to the bloke in front of him. Then everyone stops and has to walk as the trail is narrow and quite technical for some. From then on things open up, wonderful climbs through the woods and a short vicious slanty bit that I didn't see anyone riding. I think the technical phrase is steeply off camber but that doesn't really do it justice. More climbing, sweeping trails through the bluebells (not that I was looking of course). Traverse the bomb holes and down to the river.  I was talking my wife through the course when we got back and had to point out to my earwigging 4 year old that they were not bum holes.... 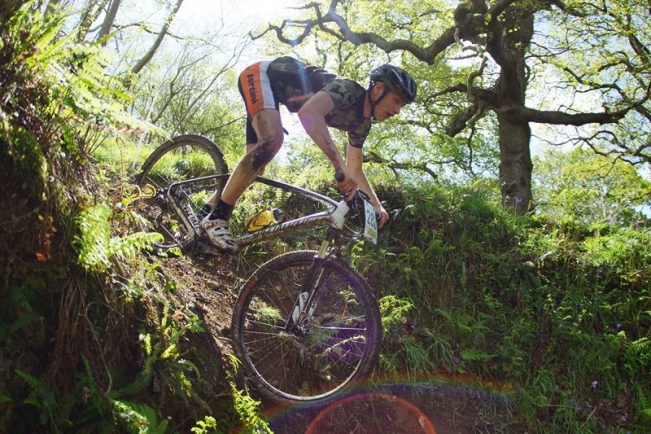 Onto the other side of the river via er, the river. My son said he saw someone fall off in the water but at least it wasn't me. The technical pine woods section was to follow and great fun until you hit the HILL. I am going to call it THE HILL because it really was no ordinary hill. I am guessing at a 45 degree incline, "chapeau" to all those who rode it on every circuit. I made it twice but that was it. I am not sure what those elite riders have in their legs but it ain't the same as mine. Then it was onto the bear pit. JH told me he found this one day when rooting about in the Newham undergrowth. What he was doing up the side of a hill in the undergrowth we may never know but after last year the bear pit was on the radar of most riders and certainly did not disappoint this year. The narrow section and the tree at the top catching a lot of people out and the steep descent onto the adverse camber another worrying bit. I saw one poor chap take a nether region impact right on the stem, nasty. Hope things have settled now, either that or an emergency orchidectomy should have sorted things out (yes it really is called that). I am sure that everyone would agree that Fully Sussed gave us a wonderful Round 3 and a very memorable course for all the right reasons. 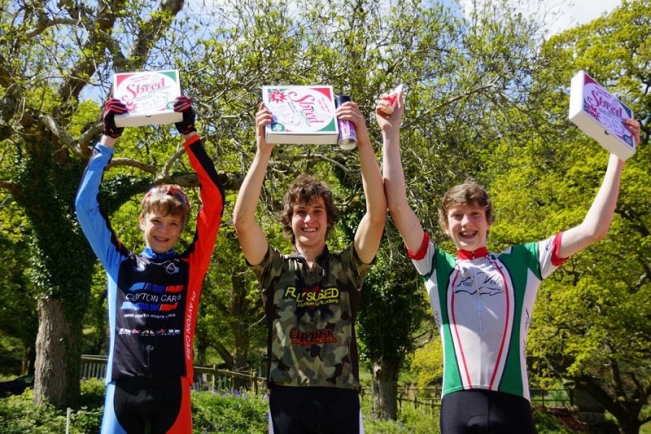 Anyway the scene has been set for the remaining two races in the series, Forest of Dean and Idless Woods. I have no doubt the course will excel, now we all have to rise to the challenge.
words Kevan Murphy
video by Mark Minton and Background Film