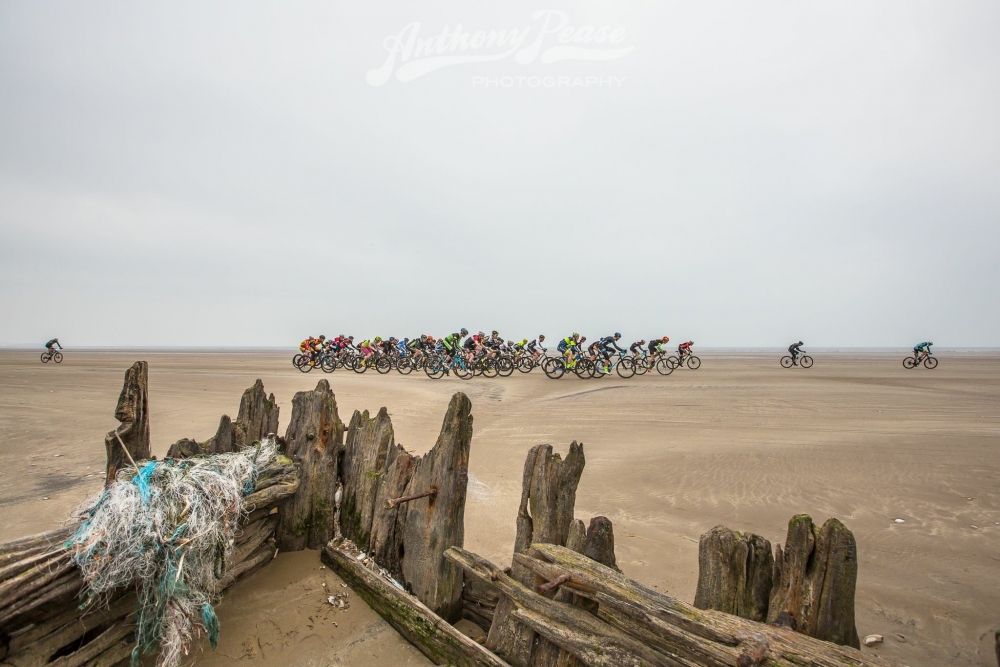 This was the third year that A Cycling Team boss Matt Page and co had organised Battle on the Beach and the mass appeal of the event just grows and grows.  What started out as a 200-entrant oddity has grown and is now amongst the must-do races in the UK calendar.  It's totally unique, with about 1/3 of the lap straight down the beach and the rest on a mixture of fire road and fast singletrack.  The puddle of doom made a return this year; but unlike the lake of doom of 2014, this one didn't have riders reaching for their Speedos.
Thankfully, I was gridded at the front of the 800-strong field this year after a reasonable result in 2015.  The weather was perfect - a little chilly but thankfully no wind to speak of this year.  It's amazing how much of a difference this makes to the beach section; in 2014 we were grovelling at 15mph into a headwind and last year I ran out of gears at 35mph...
My goals for the 2016 race were twofold.  Firstly, don't sit on the front of the group down the beach on lap one.  Sit in and keep energy for the break for the beach exit.  Secondly, pay attention nearing the beach exit and don't end up on the upwind side of the peloton and get dropped.  I rode my Pivot LES 27.5 with Thunder Burts which were ideal for the dry sandy trails and hardpacked beach section.  There was masses of grip; it was dry but not too dry that the sand disintegrated.
Sadly, I ignored both of my goals (although my beach exit was better than last year).  Put me in a group and I just want to sit at (or indeed off) the front and chase down every attack going.  If I just sit in the bunch it feels like cheating.  Plus it's extremely boring, even if I might end up doing a bit better.  I spent most of lap 1 overtaking people such that by the end of lap 1 I had the chase group in sight.  This was made up of Phil Morris, Paul Hopkins and Ian Leitch (these two were fighting it out for the vets win), plus a Belgian chap.  We sort of felt like we bimbled down the beach content to sit behind the leaders; whilst we wouldn't have caught them it might have been nice to drill it down there and break up the group a bit; overtaking backmarkers on a relatively flat course in a large group is always dodgy in terms of losing time.  As it was, we hurtled round the singletrack and stayed together pretty much until the end.  Paul's decisive move for the win came after Ian went head over heels in the bog of doom.  I decided waiting for him to get back on whilst laughing hysterically was worth losing a place to Phil.  I ended up 7th in the men's race which was an improvement on last year.  In a field of that strength I was quite happy.
This really is a fabulous event for racers of all abilities.  Pembrey is a great venue for families with plenty to keep the kids interested.  The addition of the night time trial and some kids races on the Saturday just added to the overall success of the format.  I'll certainly be back next year, can't promise I'll stop swinging off the front on lap 1 though ;)
Next event for me is a new one - the Volcat 3 day stage race in Igualada near Barcelona.  Should be some fun in the sun!
Click any of the images below for a larger view / slideshow 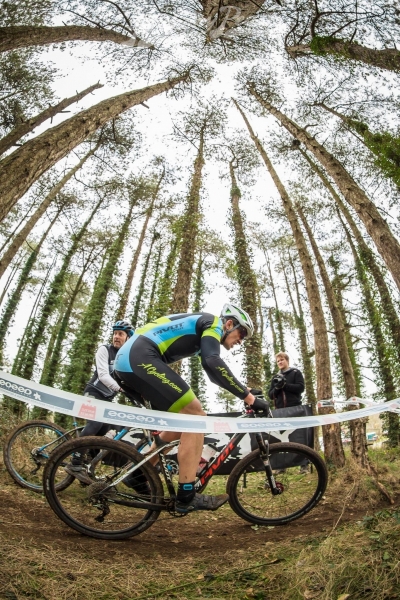 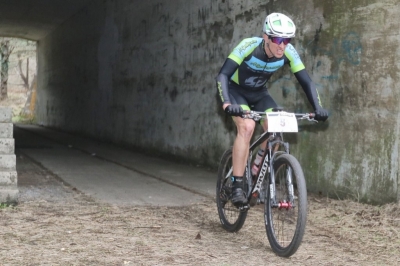 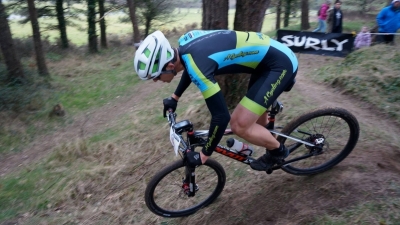 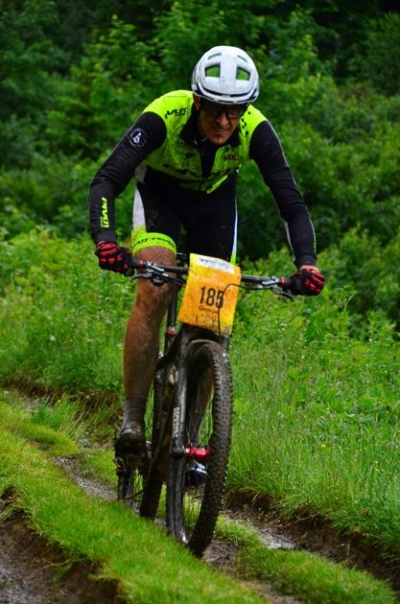