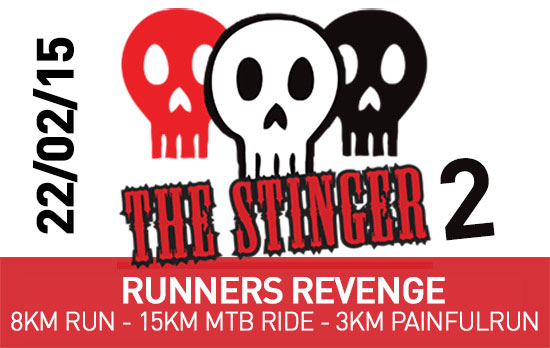 Entry to this event is available on the day.

As its name suggests, the Runner’s Revenge will play more heavily into the hands of the runners (although you’ll need to be able to ride a mountain bike too!).

You can tackle the event as a solo, or in a relay pair (one runner and one rider).

10th February, 2015
If you’ve ever done the Classic Stinger, you’ll know that mountain bikers generally win in the end. For this event we’ve tweaked the distances ...